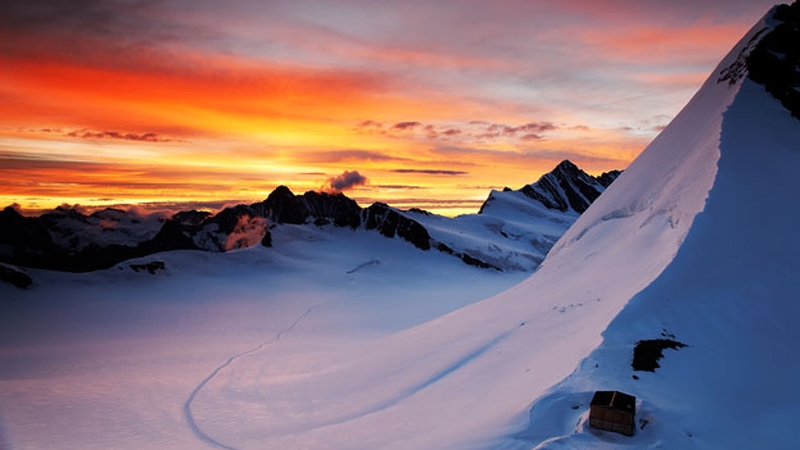 There are plenty of great ski resorts in Europe, but here's our list of the best places to snowboard in Europe. This season is shaping up to be epic, with plenty of fresh powder falling throughout the Alps. From stylish, high-altitude slopes in Switzerland to fun in France and Italy these resorts will make you want to dust off your boots, boards and bindings in no time.

Best for: A young crowd of freestylers and park junkies at Europe’s snowboarding capital

The Slopes: A stylish, high altitude resort with cutting edge facilities. Equally suited to a range of abilities with 4 great boarder parks and massive freeride areas. A beginner park filled with group classes and Europe’s smallest halfpipe sits comfortably next to the pro park and one of the world’s largest superpipes.

Guaranteed deep snow cover, one of Europe’s best lift systems and easily the most snowboard-friendly place in Switzerland – Laax is destined to become a fashionable alternative to Verbier and Zermatt.

Although aimed squarely at the youth freeride culture, it’s also making big noises about its ‘family welcome’ award and the release of 100 apartments in Europe’s first integrated resort project – Rocksresort.

Ski vs boarding: The resort is a 50/50 split between boarders and freestyle freeride skiers.

Apres-ski: Centres around the newly launched cubic Rocksresort. Start early at the Indy Club by the main square, then on to Riders Palace, perhaps the best club in the Alps, which regularly features international DJs and big name acts.

The damage: The integrated Rocksresort structure means everything – transfers, hotel, lifts, hire, shops, and restaurants - can be booked seamlessly online at laax.com. 4-night friends special from £187/7-nights from £197 including apartment and lift tickets.

The Slopes: What slopes? Verbier is all about what happens off-piste and has some of the most extensive and challenging backcountry in Europe, along with several heli-ski accessible peaks nearby. Expect vertical descents, steep drops, and narrow couloirs – uniquely all accessible from the lift system. Add a traditional village atmosphere and glamorous, cosmopolitan nightlife and you have a match made in high-altitude heaven.

Enjoy Exclusive shops, top restaurants and some the best nightlife in the Alps, and if you a 21-day pass you get reciprocal rights at Chamonix and Courmayer – part of the steep, powder heavy triangle of Europe.

Ski vs boarding: The majority of visitors are skiers, but Verbier was an early accepter of snowboarding and the mainly gondola-based lifts make getting around on a board easy.

Apres ski: Pub Mt Fort, Fer du Cheval, the place ski guides meet to talk about conditions and with a good mix of locals and visitors, Farinet for live music, and the Milk Bar for, you guessed it, great hot chocolate.

The damage: Crystal Ski has Europe ski holidays from £199 per person. 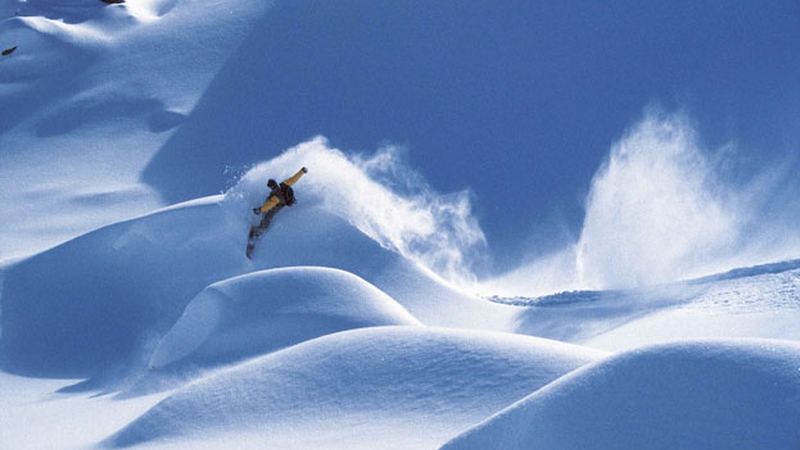 Best for: An across the board mix of park, powder and party.

Slopes: A massive terrain area and some of the finest and most accessible freeriding in Europe as well as wide blues perfect for beginners. Nearby Val D’Isere takes care of jumps and rails while the high, north-facing le S.P.O.T area, accessed from the Col des Ves chair-lift, is where intermediates and advanced skiers can get to grips with off-piste techniques. Blessed with the longest season in Europe, great sunshine and powder and summer boarding on the Grand Motte glacier.

Watch out for: The ugly buildings, cheesy bars and big hangovers.

Ski vs Snowboarding: A premier snowboarding resort. 180kms of pistes in the Espace Killy are shared with nearby Val D’Isere, itself a top Snowboarding destination with a great park.

Apres-Ski: The après-ski is more relaxed and low-key than nearby cosmopolitan Val D’Isere. The real action takes place at Scotty’s and Grizzly’s in Val Claret.

The Big Events: The vast off-piste area hosts the Freeride World Tour and the Winter X Games take over the village every year.

The Damage: Crystal ski has ski holidays from £199 per person and half price lift tickets. Tignes benefits from great UK connections. Chambery (2 hours) is the nearest airport served by Flybe and Jet2.com, or Geneva and Lyon (both 2.5 hours) are served by more airlines including Swiss, EasyJet and BA. Eurostar’s Ski train also runs daily London to Bourg-St Maurice (20 December-18 April) from £195 return with bus connections (£22) to Tignes (www.autocars-martin.com). 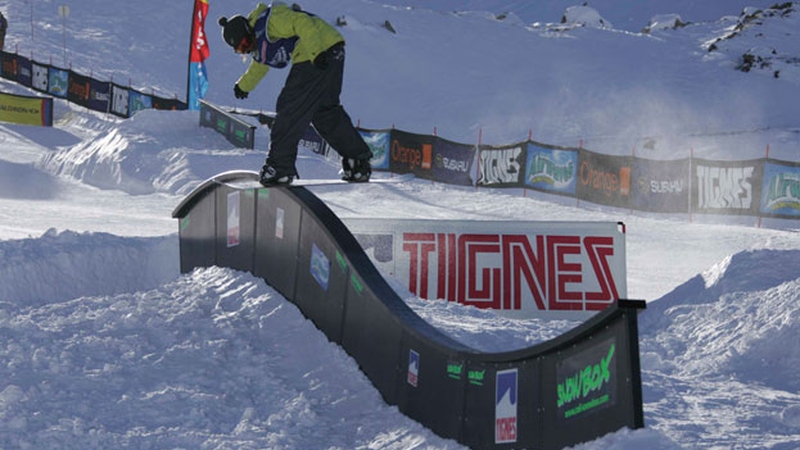 Best for: A snowboarder stuck with traditional skiers.

Slopes: Impressive snowboard terrain although limited in size and options itself, Jakobshorn is one area of the five resorts which make up the large Davos-Klosters ski area. What it lacks in runs it certainly makes up for in its sense of snowboard community and both the park and pipe (which is also floodlit) look like monsters.

Watch out for: Boredom. If you’re not addicted to the park you may find there is simply not enough on Jakobshorn to keep you occupied. Also, the high prices and ski-centric nature of Davos may put some boarders off.

Ski vs Snowboarding: Jakobshorn itself is mainly for snowboarders. If you get tired of the limited terrain nearby freeride Pischa and sporty Parsenn offer more options, but expect to mix it with more traditional skiers on these mountains.

Apres-Ski: Partying is a tamer, more dignified affair in Davos than other resorts. For boarders it centres on Bolgenschanze under the gondola base station and the Jatz Hut jacuzzi 1000m above Davos.

The Big Events: The six-star TTR World Snowboard Tour is an annual fixture.

The Damage: Crystal Ski has ski holidays to Switzerland from £373 per person, as well as half price lift tickets. 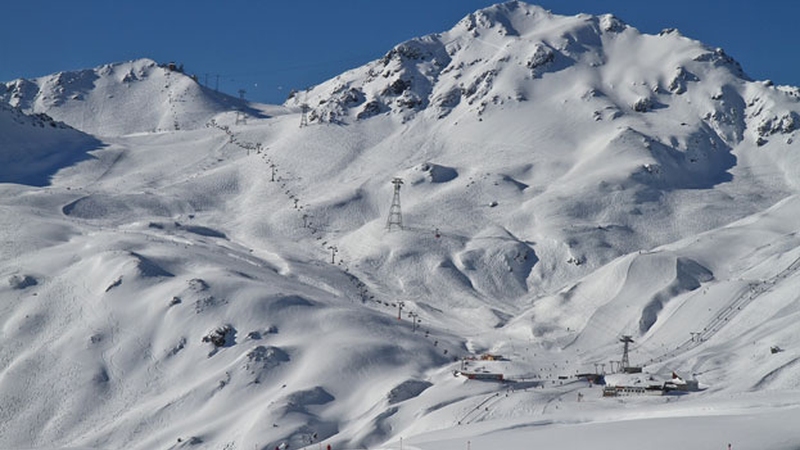 The Slopes: Madonna, in the Northern Dolomites, is one of Italy’s best locations for the intermediate and beginner, but unfortunately there is precious little for the advanced, save for a few world cup runs. Frequented almost exclusively by fashionable Italians, its lift system is one of the best in the country and the scenery is unmatched. The majority of the 56 miles of slopes are in or below the tree line, with 41% of the runs rated red and 43% blue, so those working on improving their technique have access to the whole mountain. Early season snow is not guaranteed.

Watch out for: The long airport transfer times and limited, but very affordable, accommodation. The closest airports are Milan and Verona or Venice.

Ski vs Boarding: As one of Italy’s best locations for snowboarding, the resort boasts the new URSUS snowpark located in Groste with easy box kickers, rails and pipe for beginners, while a shack booter, high jumps, rails and a superb half-pipe takes care of the advanced freestylers. Elsewhere, The Spinale area offers good powder and trees to cut

Apres Ski: The late night disco Zangola, located outside the village, is the best for partying till past 4am. Don’t miss hot chocolate at Bar Suisse or Cantina Suisse for a good selection of beers and live music until late.

The big events: The FIS Snowboard World Championships were held here in 1999, along with other top competitions.

The damage: Restaurants in the area cater to all budgets and there are some excellent pizzerias. Expect to pay around €5 for a pizza and €18 for a 3-course meal. The Spaghetti Haus is the place for huge bowls of pasta from €5.50. A 6-day lift pass can be had for £164.

Crystal Ski has ski holidays to Italy from £266 person, as well as 2 for 1 equipment hire. 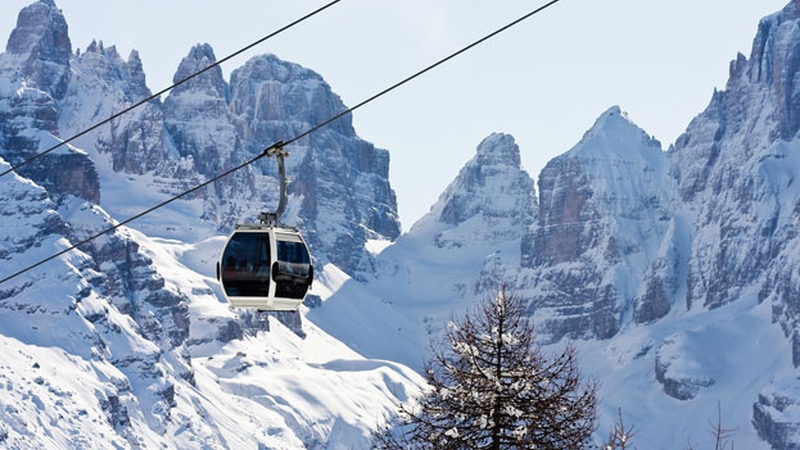 Discover moreSix of the best design ski hotels in Europe