For a less frantic flavour of Italy head to this secluded sun-scorched land, where whitewashed walled towns stand in silence over a coastline bathed by two sparkling seas.

Exceptional villas curated by our experts 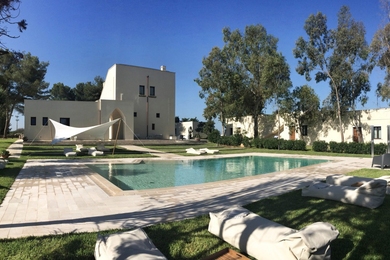 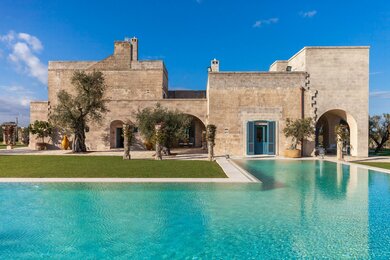 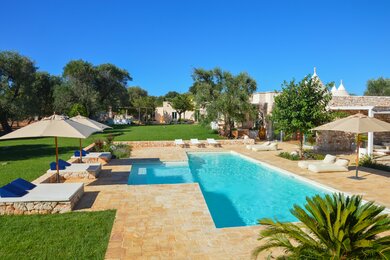 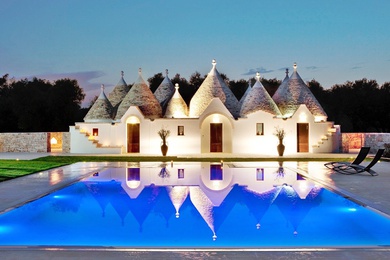 The crossroads of the eastern and western Mediterranean, this corner of Italy may be less well-trodden, but is all the more endearing for it. Here you’ll discover unexpected landscapes, from undulating olive groves to a dramatic fringe of coastline, dotted with reminders of conquering invaders - ancient fortresses and watchtowers.

It’s this coastline that will captivate you - the emerald Adriatic in the east to the Ionian in the west, miles of gleaming limestone giving way to swathes of sandy beaches. From the sweeping straits of Otranto, to the dappled turquoise waters of Torre Pali - these secluded sands are among the country's best.

Whichever coast you choose, revel in rustic luxury in a wonderfully restored 16th-century farmhouse, within striking distance of the beautifully baroque Lecce, - the ‘Florence of the south’. To the north, visit atmospheric Matera, where ancient caves now house chic bars, or the Valle d’Itria, where strange stone houses scatter the landscape white domes stark against the green meadows. Come the evening give have your local chef prepare some Puglian specialities, orecchiette pasta with olive oil from the fields nearby, alongside steaming plates of seafood - while you bask in the glorious solitude of your surrounds.