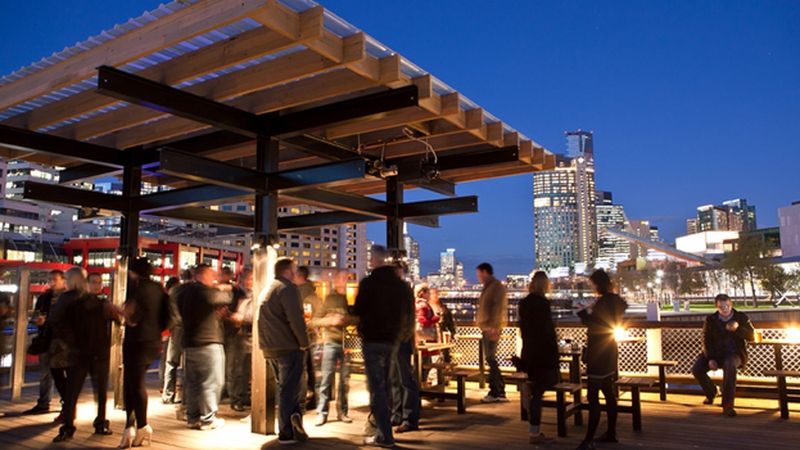 Apparently Melbourne has more bars and nightclubs per capita than anywhere in the world, but it’s not just quantity that sets the city apart. Melbourne’s bars are getting increased recognition from bar and cocktail experts from around the world for their quality, style and innovation.

The Everleigh, with its 1920s prohibition vibe, was this month named by Australian Gourmet Traveller magazine as Australia’s Bar of the Year and ranked among the Top 50 bars on Earth by The Sunday Times in the UK. The annual Spirited Awards, the world’s biggest celebration of cocktails, also nominated Fitzroy favourite, Black Pearl, for World’s Best Cocktail Bar and World’s Best Cocktail Menu.

Melbourne mixologist, Matthew Bax, is regarded by peers as leading the vanguard of cocktail making, and his Melbourne venues, Bar Americano and Der Raum (named the World’s Best Bar in 2012) continue to gain local and international accolades.

From laneway bars with hidden entry to underground basements and those with rooftops views  - 2012 has so far been the year of the concept bar in Melbourne proving that the city’s bar scene is an adventure in discovery and one of the hottest places in the world to bar hop.

Melbourne’s renowned laneway bars, often without signage and hidden down unassuming alleys, are continuing to test the navigation skills of visitors. Eau de Vie Melbourne is one such bar. Opened to zero fan fare and tucked away by an unmarked door in a laneway off another laneway – it has since become a favourite for locals and ‘in the know’ visitors for its combination of old world glamour, theatrical cocktails and irresistible nibbles menu. Bar Ampere, another of this year’s laneway openings, has a similarly tempting nibbles menu with ‘tinned, potted and preserved’ accompaniments to a very international cocktail list. It also features a secret door to its sister cocktail venue, stalwart Gin Palace.

Bar Americano in hidden away Preston Place epitomises Melbourne’s signature laneway bar. The hole-in-the-wall operates a tiny bar with black-and-white floor tiles and pays homage to American bars in the classic cocktail sense, but with a strong food focus. There is standing room only for around ten people and a strictly no tie policy at the door.

Visitors seeking a glimpse into the afterlife can venture down Corrs Lane to find House of Maximón. Anything but predictable, the bar is centred on Saint San Simon (aka Maximón), a folk saint from Central America who is known to be partial to expensive alcohol and cigars. 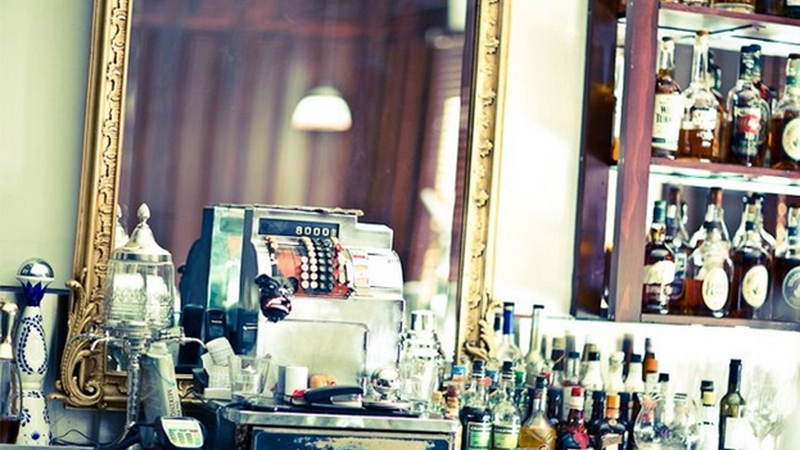 Up, up and down below

It’s not just the laneways that visitors have on the radar – open staircases are also likely to reap rewards. In Tattersall Lane, a staircase will lead bar hoppers to Ferdydurke. Perched like a New York loft boasting exposed, re-used scaffolding and floating glass windows, patrons are offered an encyclopaedia of classic cocktails in alphabetical order, complemented by a small but tasty menu of Vietnamese bar snacks.

Alternatively, basement bar Strange Wolf, which won Melbourne’s Age Good Food Guide 2012 ‘Best Design’ award in the bar category - offers visitors a hidden den underneath a historic building in the banking district where the conceptual design includes prints of the grim reaper and a giant crucifix which doubles as a glass table.

The Understudy, which can be accessed via the basement of another cocktail specialist, 1806, on Exhibition Street offers a whimsical, Alice-In-Wonderland inspired bar hidden behind wardrobe doors. It serves up an eccentric mix of cocktails paired with small bites – perfectly located for post or pre-theatre nibbles and cocktails.

Below the bustling Thai restaurant Chin Chin in Flinders Lane, Go-Go, offers a dark, subterranean scene with a seasonal cocktail menu, a DIY champagne cocktail assembly and a melancholic neon sign that reads ‘Lonely for you only.’

Evoking the age of the great American cocktail bar, ‘speakeasy’ style bars such as above mentioned The Everleigh - with its dark luxe interior, vintage glassware and old-fashioned fizzes and sours - as well as Malthouse Lane’s, Eau de Vie Melbourne, have set the bar high. Neil Perry’s Waiting Room at Crown Towers rise to the challenge admirably. Cleverly located at the entrance to the opulent Crown Towers hotel, the cocktail bar offers that dimly lit feeling of opulence that, after a cocktail or two, can have you dreaming of 1950s Manhattan.

The Attic on eclectic Brunswick Street in the inner northern suburb of Fitzroy is another extremely well-considered cocktail bar with a luxe, exclusive feel. Decorated with giant craypots hanging from the ceiling, leather-bound drink menus with witty descriptions, and a huge globe behind the bar that opens up to reveal a ‘mobile martini station’, patrons can find The Attic via the staircase at the back of Black Pearl, just ring the bell for entry. Attic has built a thoroughly deserved reputation as one of Melbourne's best cocktail bars. 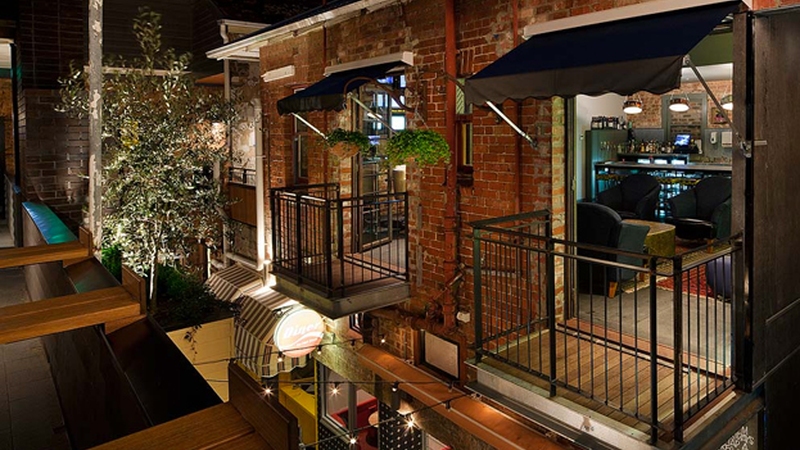 Melbourne’s specialist ale and microbrew industry is a continually evolving scene with many city bars now offering a variety of locally brewed ales. Mrs Parmas has the convenience of being close to the theatre district and Melbourne’s sporting precinct, and the Local Taphouse in St Kilda offers without a doubt the most superior range of microbrews and ales in the city. Cider drinkers can also rejoice with the opening of Brunswick Street Cider House, where eight types of ciders are available on tap.

The Beer Lovers Guide to Melbourne, run by Melbourne By Foot, is a new walking tour perfect for beer enthusiasts. It traces the history of beer and pub culture in Melbourne and offers a sample of popular local craft beers.

On the top-shelf, whiskey connoisseurs will be clinking their ice cubes for Chez Regine. Choose from 200-plus whiskies and go back to school with specialised whiskey classes. Bourbon is also slowly undergoing a revival with a huge range available at the Waiting Room among others.

Finally, LuWOW in Fitzroy is wowing visitors with its strong rum selections from classic pina coladas to zombies and mai tais, all concocted with care and consumed in the surroundings of a tropical pacific island inspired décor that’s as much a feast for the eyes as the cocktail list. 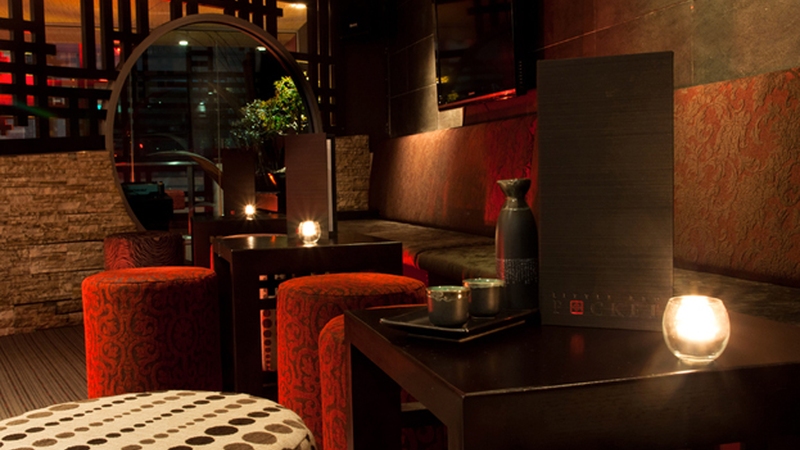 The new South Wharf Promenade, just west of the city centre adjacent to Melbourne Convention Centre, is a welcome addition to Melbourne’s riverside eating and drinking scene. Visitors can relax on the banks of the Yarra River and enjoy magnificent city views from The Boatbuilders Yard, which boasts a relaxed European-style drinking scene mixed with the cultural charm of Melbourne’s famous Maritime precinct or The Bridge, with its extensive drink selection and décor which incorporates original dock flooring and open ceiling trusses retaining the dock shed character of the wharf.

The Common Man, further along the wharf, is a tribute to the working men and women that have shaped and defined Melbourne and provides comfy outdoor couches to sit and soak up the sun and a great range of microbrews, ales and snacks. 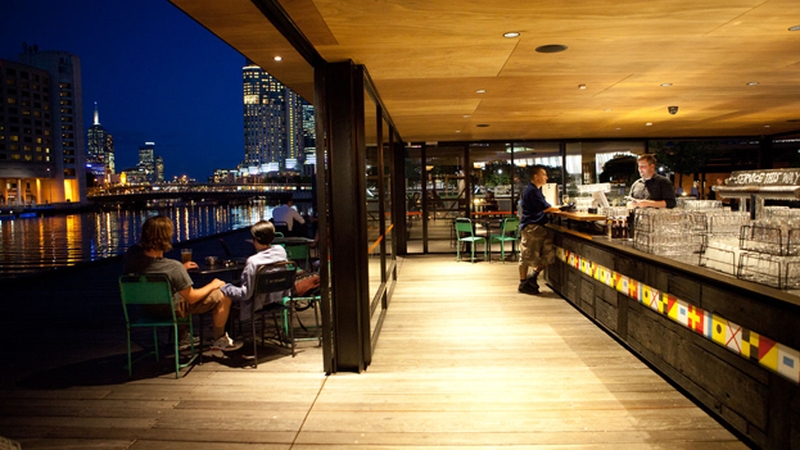