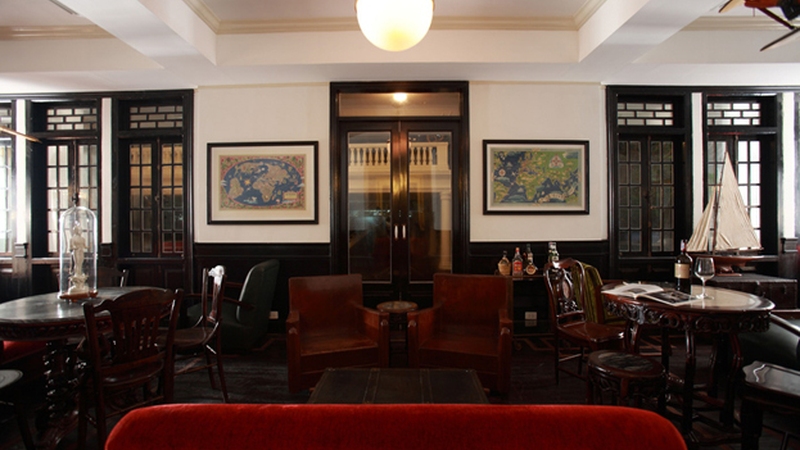 Opened on 02 April 2012 Cabochon is a charming boutique hotel located in the heart of Bangkok’s Sukhumvit district, boasting 1920s Shanghai chic design. Like its namesake, Cabochon is a polished gem that has been shaped and moulded to create an opulent eight-bedroom hotel that is unique to Bangkok. The elegant turn-of-the century features interiors that offer a taste of colonial décor creating a relaxing and comfortable atmosphere and a true home-away-from-home. 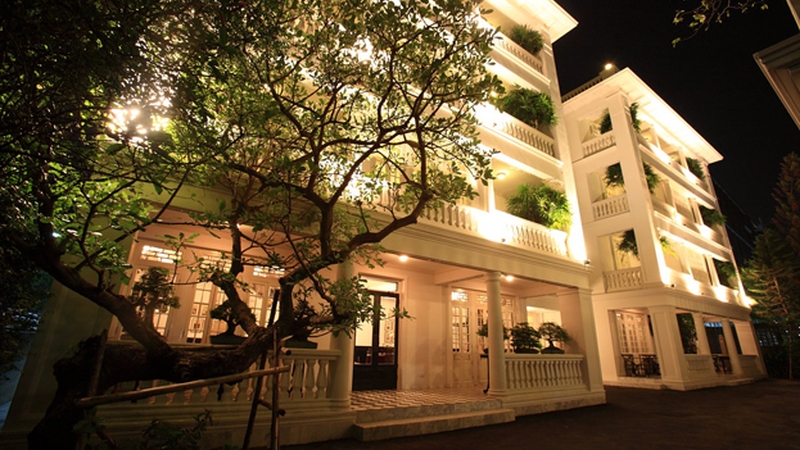 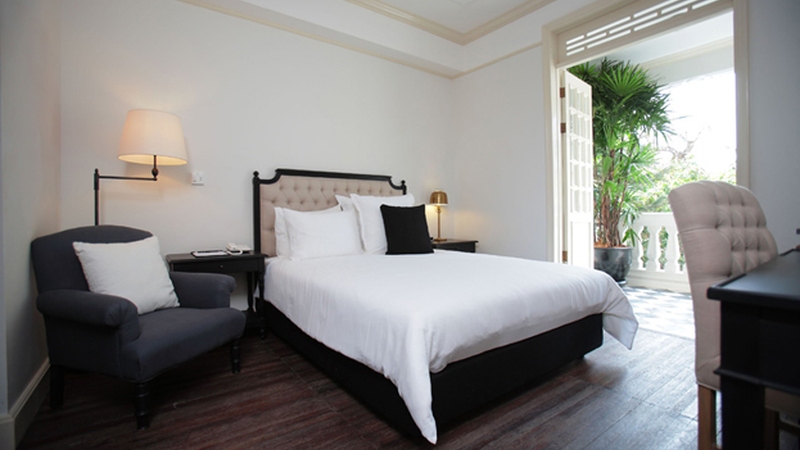 Nestled amongst the treetops and surrounded by palm trees, the hotel’s elegant rooftop garden offers a quiet place to relax with impressive views across the district. The rooftop terrace also has a private 22-metre swimming pool.

A story goes that, Eugene, the builder of the Walpole Building which houses the Cabachon was inspired to celebrate the life of an old Shanghainese gentleman who immigrated to Thailand in the twenties with his family and who made his fortune in timber and later in the gemstone and lapidary industries, centred around the Golden Triangle border region of Thailand, Laos and Burma. 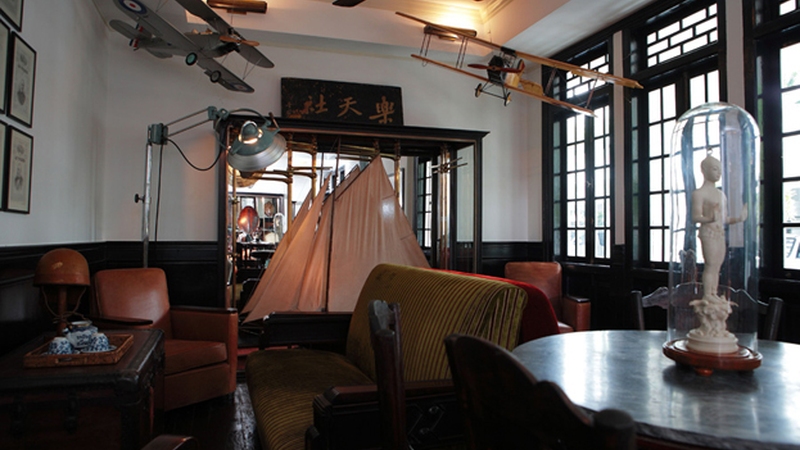 Located on the ground floor is the ‘Thai-Lao-Yeh’ restaurant, named in honour of the said elderly gentleman, which seats 52 diners, both inside and outside on a small balcony. The restaurant serves authentic Thai and Laotian cuisine with an extensive menu offering dishes from spicy soups and salads to Thai curries and Pad Thai. The hotel also has two private dining rooms seating ten and six people, which provide an intimate setting for exclusive dinners.

With a bar, large lounge area and two salons each adorned with memorabilia from around the globe including world maps, antique toy planes and books, the hotel offers plenty of space to relax away the bustle of Bangkok’s Bangkok streets. 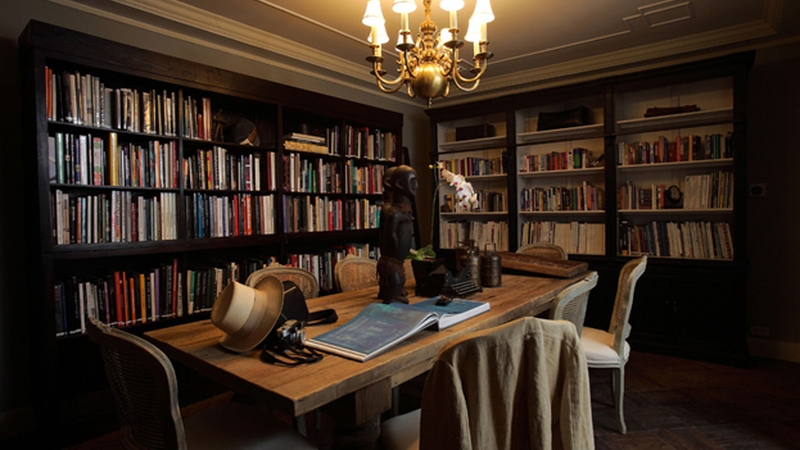 Cabachon is moments away from the subway and is within easy reach of Bangkok’s main shopping areas and popular nightlife spots, a fitting tribute to a bygone era of luxury and sophistication. 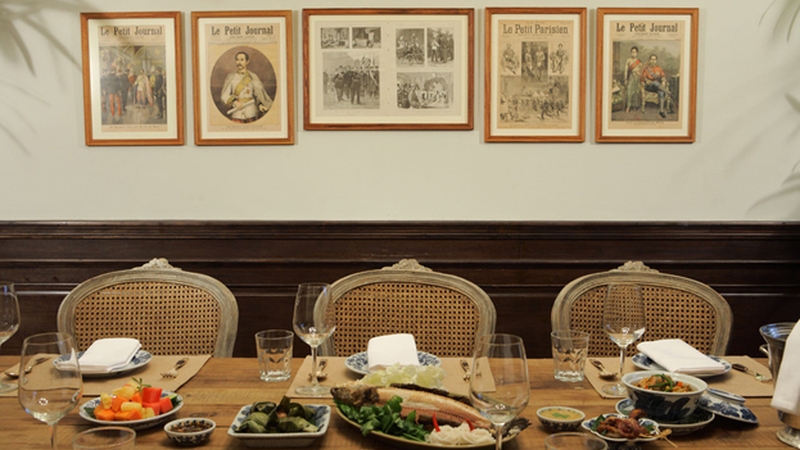 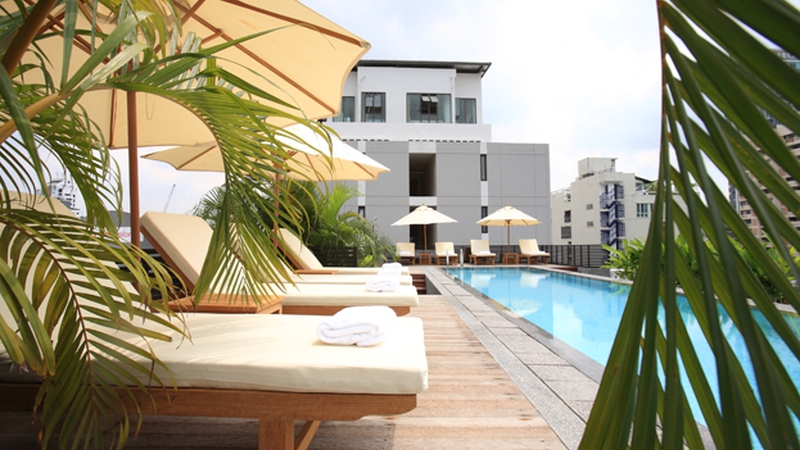