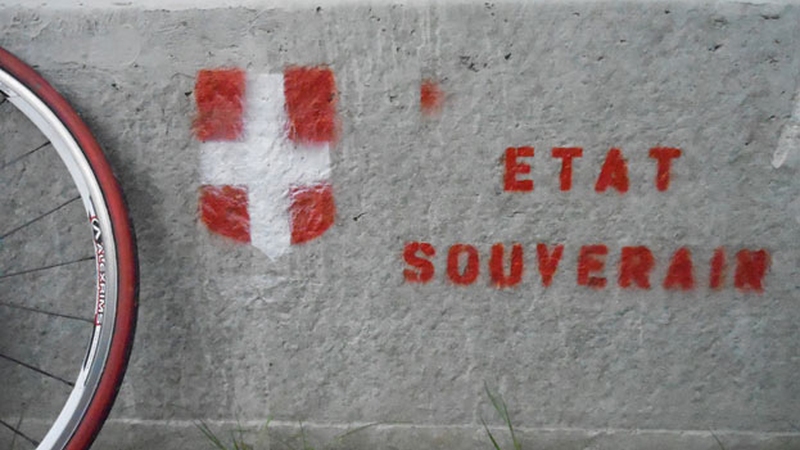 The Maurienne Valley in France’s alpine Haute Savoie region rightly bills itself as the largest cycling area in the world and it doesn’t disappoint. If France is the spiritual home of cycling, then the Maurienne is its heart.

And when it comes to classic mountain grand cols, all roads lead here. The climbs out of the small town of St Jean de Maurienne read like a roll call of famous Tour de France moments: the Col de la Croix Fer, Col du Telegraphe and Galibier, Col de la Madeleine and Montee de la Toussuire to name but a few. 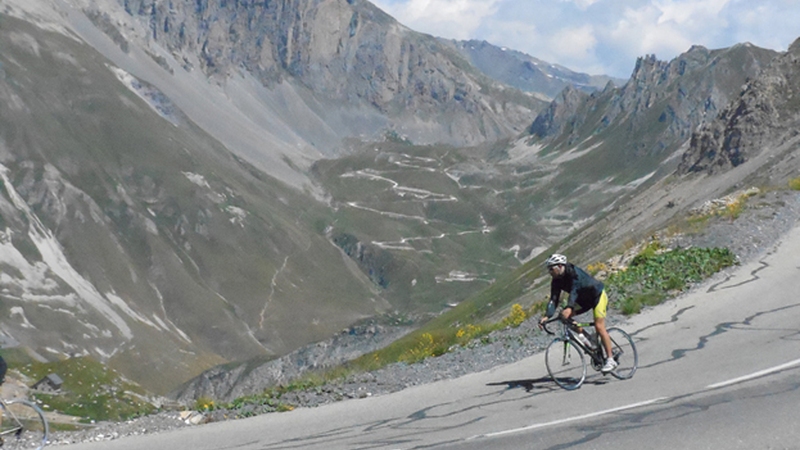 This is where the professionals cut their teeth and regularly go for glory in the big stage races, such as the Tour de France, Critérium du Dauphiné and Tour de L’Avenir. For cycling heritage, difficulty and sheer beauty nothing comes close the area.

Another bonus of cycling in this region is that all the roads up to the cols are clearly way marked with distance, altitude and gradient information, making route finding a breeze.

Staying in St Jean makes senses as you can leave all if your gear in one place and take on circular routes and the tourist office has excellent maps and information on the various cols in the area. 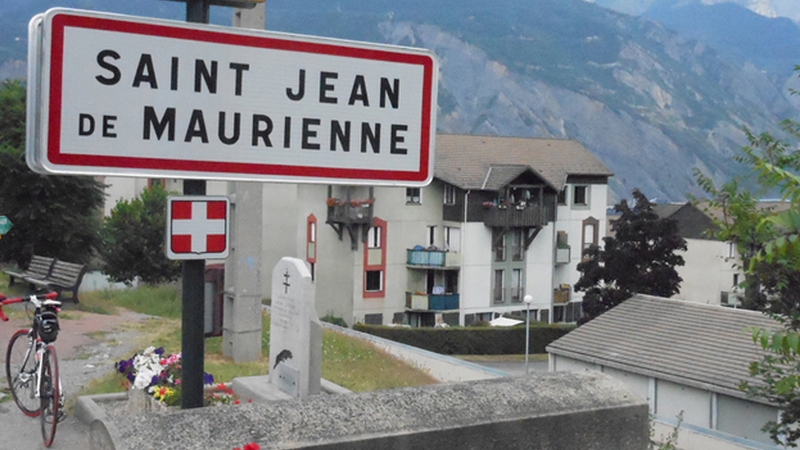 Cycling in the Alps is certainly a challenge that should not be underestimated and certainly the climbs would be easier and more comfortable with a few hundred, or the recommended few thousand miles of training in the legs - and the lack of oxygen at altitude is not too be taken lightly - but anyone with a decent base level of fitness could conquer even the biggest cols.

We had a great time with only one 60-mile sportive in the Surrey hills under out belts, but one advantage of the climbs is that if you are not as fit as you’d like to be when begin, you undoubtedly will be after a few days. So you can tackle the lesser cols first and work your way up to the epic climbs as you progress. 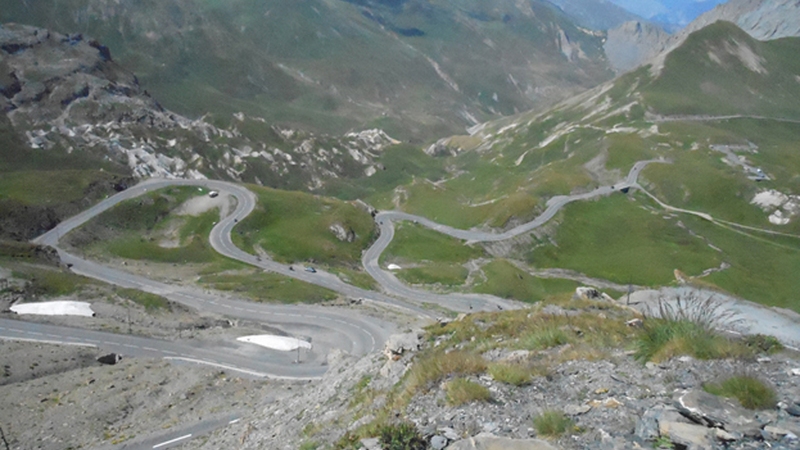 All tour de France climbs inevitably end up in the Maurienne Valley and the classic cols on offer make for a great endurance test.

The Alps are always where the general classification contenders in every Tour de France make their attacks. As such the climber who dominates here and can open up gaps on his rivals always wins the race. So it’s here and to a lesser extent in the Pyrenees where a potential winner can put their stamp on the race. As a result the area regularly attracts tens of thousands of spectators during the big event. 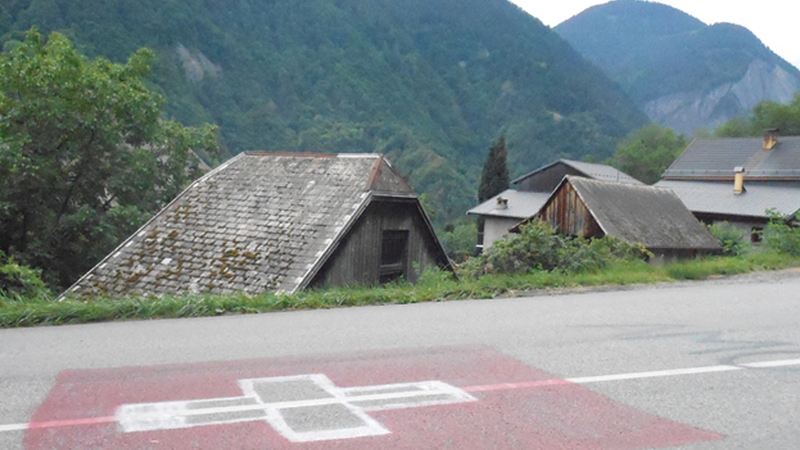 The area is also a mecca for amateur cyclists wanting to emulate their professional heroes. The annual Etape du Tour and Marmotte events both attract around 10,000 entrants who test their skill on a closed-road stage of that year’s tour.

The local people have clearly taken cycling to their hearts and are nothing but friendly to cyclo-tourists – courteous both on and off the road.

Owing to the area’s proximity to Italy, there are naturally lots of cycle-mad Italians making up many of the climbing ‘grupetto’. There are not that many Britons though as they tend to stick to the Beaufortain Valley to the north, which is closer to the airport in Geneva. 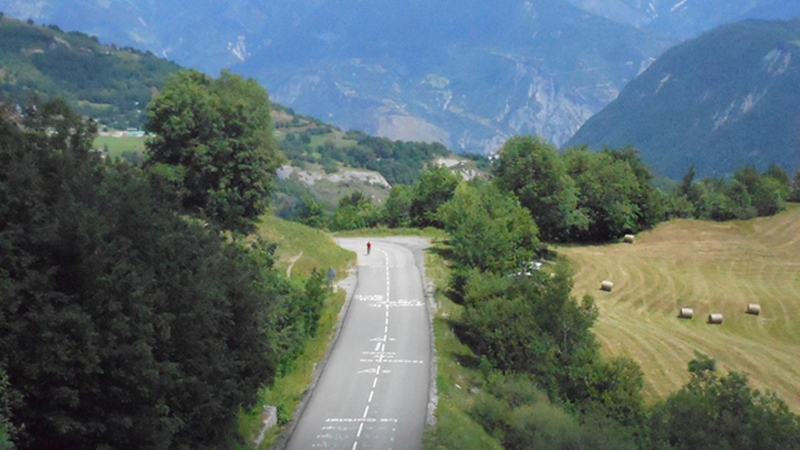 The col du Mollard is classified as very difficult, but it is probably the best climb to start out with, as it's easier than some of the other grand cols. It also starts straight of St Jean de Maurienne, which is great if you are not sure of your ability, as at any point you can simply descend and freewheel back into town. The landscape is largely wooded with great views and there’s no major lack of oxygen to deal with.

The Mollard was used as a tough, technical descent into St Jean in this year’s Tour after the peleton conquered the Maurienne Valley's most famous summit, the Col de la Croix de Fer, another classic alpine climb with beautiful views. 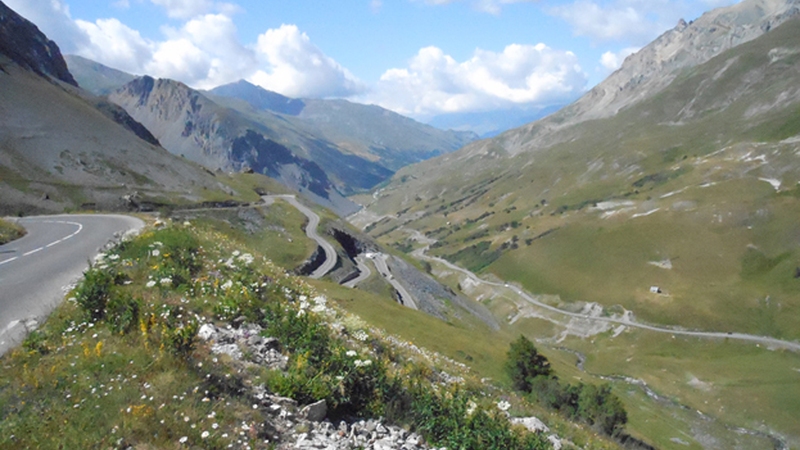 La Montee de Toussuire is another great introduction. Climbing hard out of St Jean you climb up through the small village of Fontcouverte toward the ski station of La Toussouire at 1800 metres. This tough climb also featured on a summit finish during the 2006 edition of the Tour de France.

One of the great things about this region is that all of the messages of support (and insult) that spectators paint onto the roads for tour remain visible, so you really get into the spirit of the challenge. 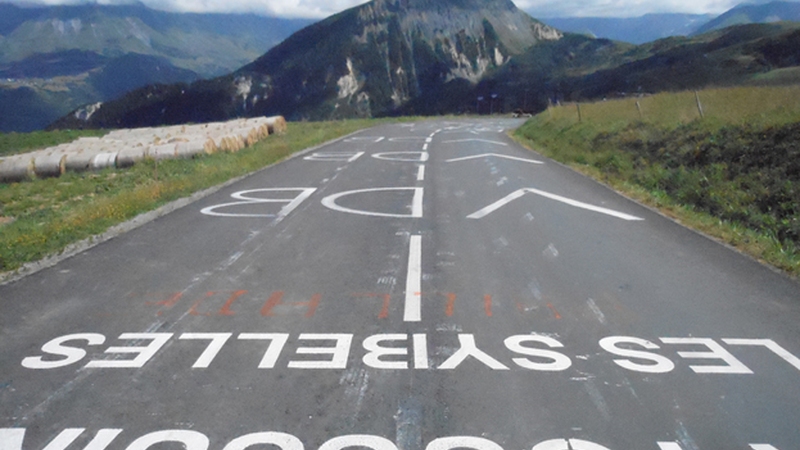 Barring the Col de L’Iseran (2,770m) and Col du Mont-Cenis (2,083m) further around the valley toward Val D’Isere, the Col du Galibier is the highest col out of St Jean de Maurienne. There are many ways to tackle the monster that is the Galibier and judging by the number of cyclists taking on the challenge, this is certainly the scalp that most visitors want. 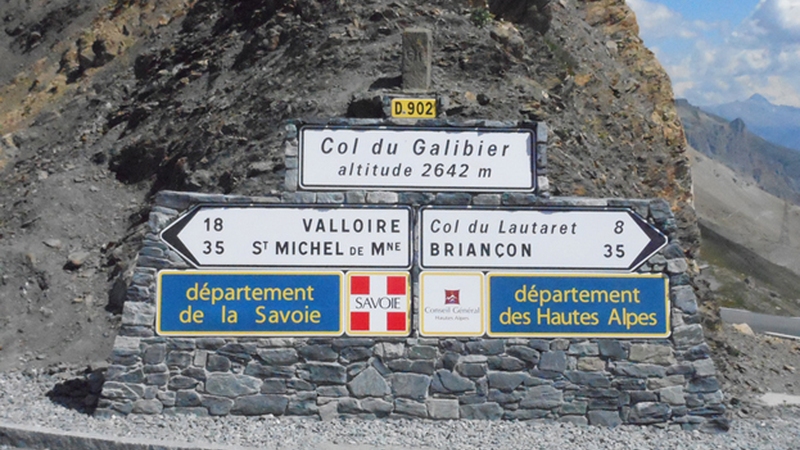 For the for more sane minded, it’s probably best to start the attack in St Michel de Maurienne and take on the difficult Col du Telegraphe, before descending into the pretty ski resort of Valloire to start the final 17 km push to the top.

If you're worried about your ability to tick off two cols in one day, simply drive to Valloire and start from there. This is a buzzy little resort in both summer and winter and certainly worth a look.

This climb is a classic and triumphing here is one of the great achievements of European cycling.