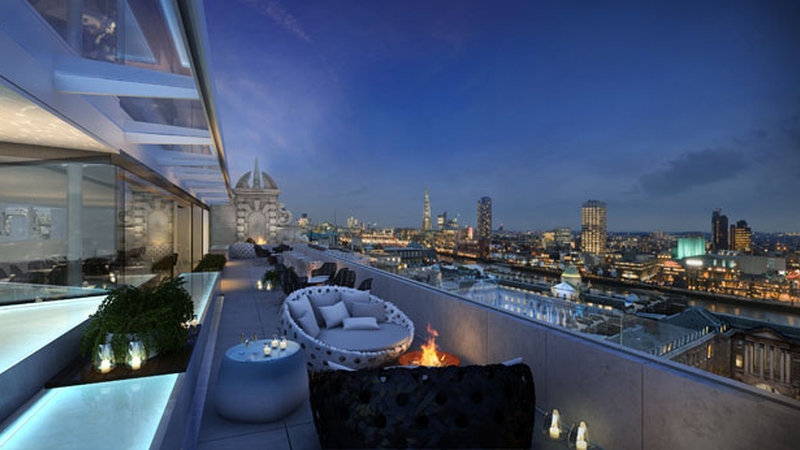 They say that location is everything and if that’s the case then the latest arrival on the London hotel scene – the ME hotel – is truly blessed. Opened in December, it’s situated in the triangular-shaped Marconi House in Aldwych, an iconic London address that was the original home of BBC radio and before that the home of the Gaiety Theatre. 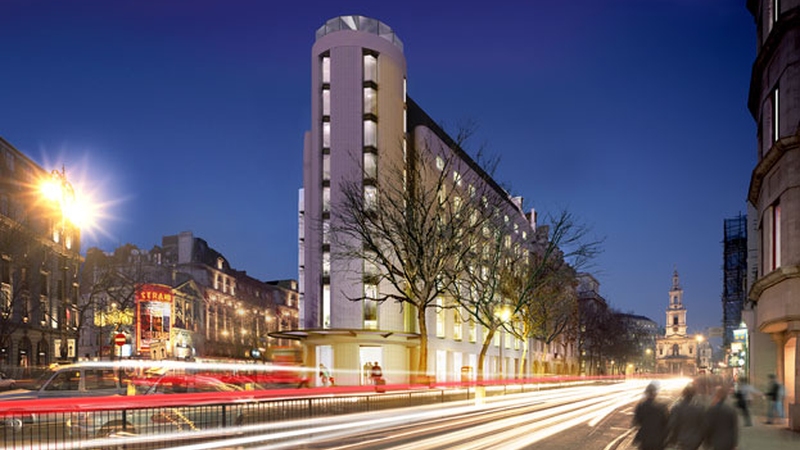 Walk out of the renaissance-style building’s swinging doors and wander west for just a few minutes and you’ll find yourself right in the heart of Covent Garden and theatre land; while the business and financial institutions of the City of London are just a stone’s throw to the east – making the ME a desirable address for business and leisure travellers alike. 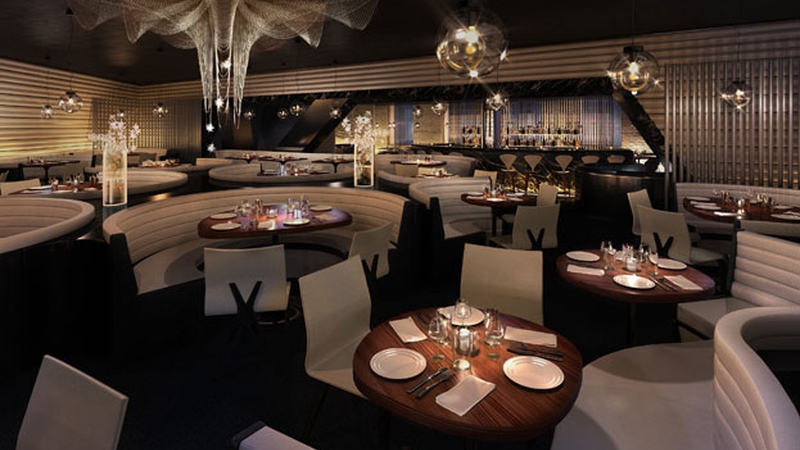 Its public areas are the standout features, not least the stylish rooftop bar and lounge, Radio, from the terrace of which the view extends all the way from Canary Wharf to Westminster. Cast your eyes along the River Thames and you’ll see a host of famous landmarks of the London skyline: Tower Bridge, The Shard, St Paul’s Cathedral, Tate Modern, Somerset House, Trafalgar Square, the London Eye and the Houses of Parliament – making this one of the very best viewpoints anywhere in the capital. It’s a great spot to impress clients, to enjoy a pre-dinner cocktail or to round off the night in style after seeing a West End show nearby. 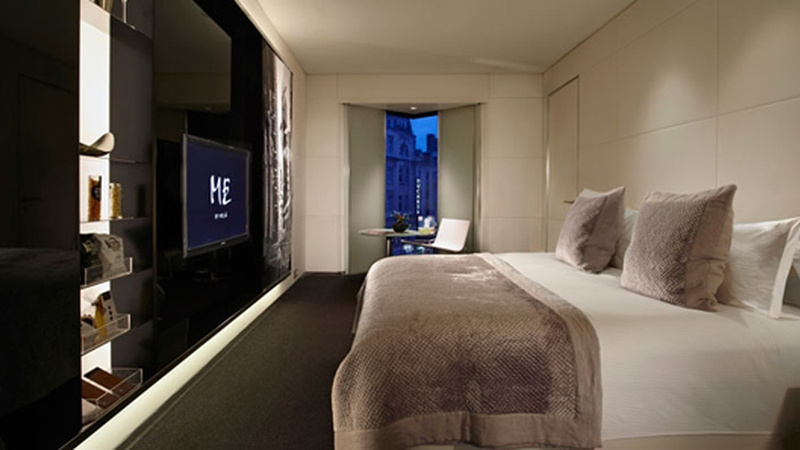 The ME London has 157 modern rooms and suites, with triangular bays with floor-to-ceiling windows in each, from where guests can look down onto the Strand or towards the river. Furnishings inside include black lacquered cabinets with 40-inch LCD screens suspended from white leather walls, and comfortable beds with crisp white linen sheets. 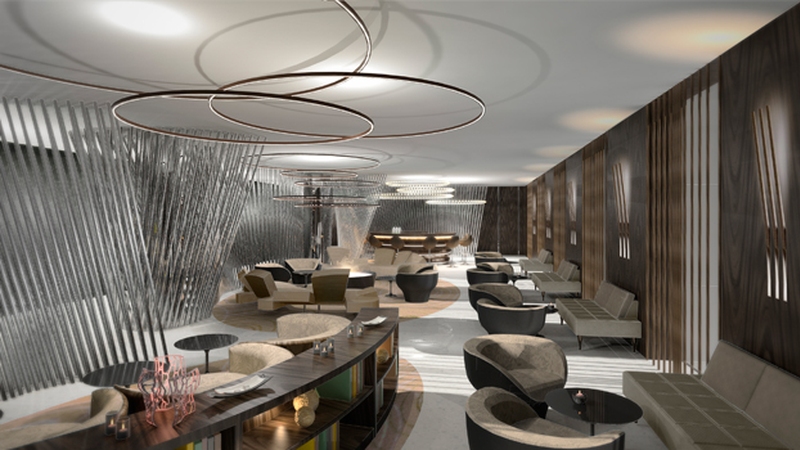 On arrival, guests pass through the ground floor Marconi Lounge – named after Guglielmo Marconi, the inventor of the radio – and then head up to a dedicated lobby and champagne bar on the first floor, where a spire-like ceiling nine storeys high and clad in white marble comes as a real surprise after the reflective black marble corridors. 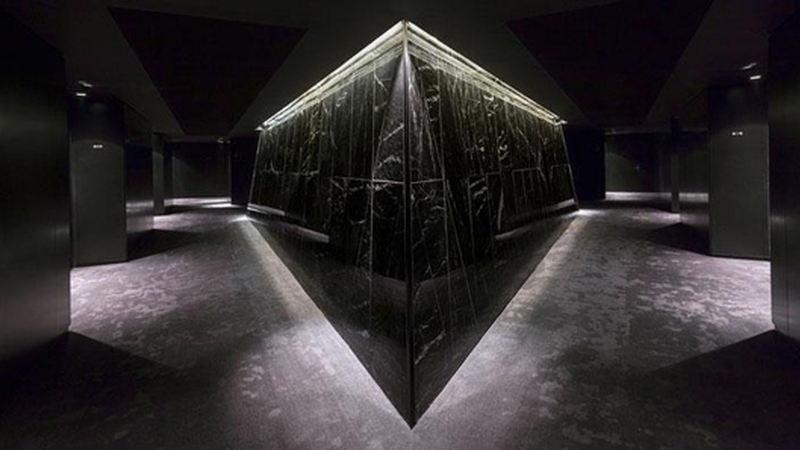 The ME London is the first hotel designed in the city by the architects Foster + Partners and the contrast between light and dark is a deliberate part of their interior design, which is based on a bold black and white palette that gives the hotel the strong identity that it’s central location deserves. 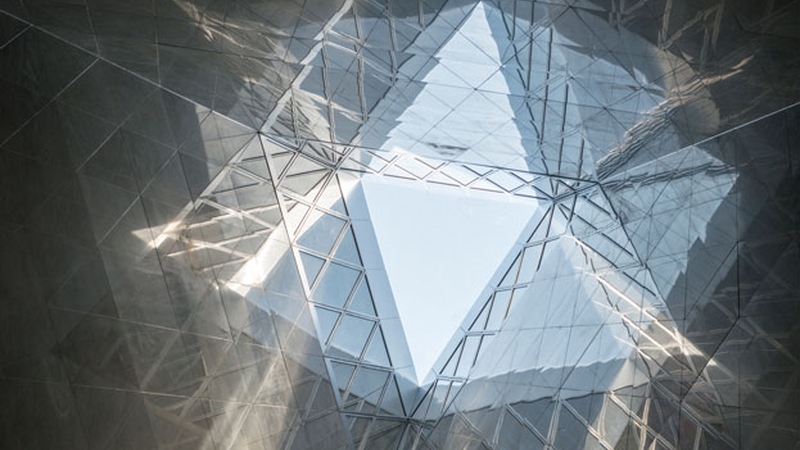 The hotel is the flagship addition to the ME by Meliá group, with sister hotels in Madrid, Barcelona, Vienna, Cancun, and Cabo San Lucas – other ‘capitals of cool’ as the group likes to call them. Each of its hotels is intended to appeal to those with ‘a decisive taste for cutting edge art and design, international cuisine and world music.’ At the ME London, the dining element comes in the form of STK, the high end American steakhouse restaurant’s first opening in Europe, and Cucina Asellina, a rustic Italian restaurant.

There’s also a fitness area, lots of meeting and event space, and the possibility of indulging in a choice of in-room spa treatments, among other top class facilities – before returning to the terrace of Radio to take in that stupendous view of the city once more, or stepping out into the West End.