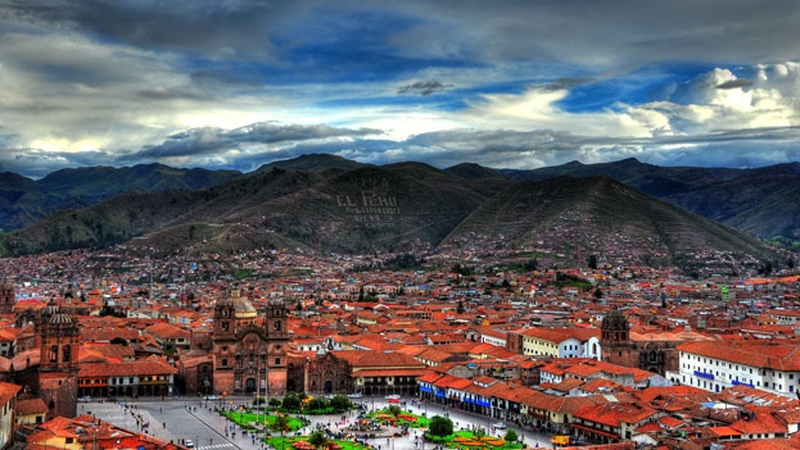 This June Orient-Express will open the doors to its latest and most ambitious project to date, Palacio Nazarenas, a 55-suite hotel in a former palace and convent in Cuzco, Peru.

The opening of the group’s sixth hotel in Peru will be the culmination of a three-year restoration project carried out under the guidance of eight full time archaeologists and the supervision of Peru’s National Institute of Culture (INC).

Although its earlier life may have been one of strict religious observance, a stay in Palacio Nazarenas will be anything but austere. Daily life in this urban retreat will encompass oxygenated suites crafted by local artisans, a full service spa offering an indigenous product range, iPads in every room loaded with insider city guides, Cuzco’s first outdoor swimming pool, insightful tour experiences, and an all day dining experience showcasing contemporary Andean cuisine. 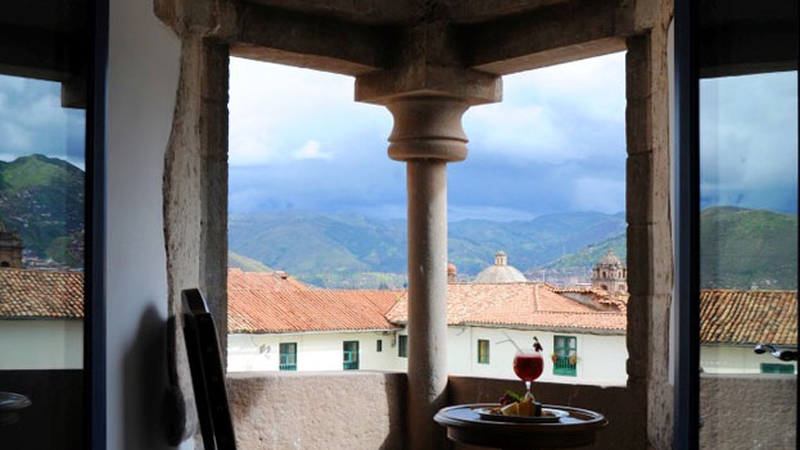 Palacio Nazarenas will be an all suite hotel, with 12 Chica Suites, 31 Suites, 10 Grand Suites, one Nazarenas suite and one Palacio Suite, many of which have fireplaces and views towards the hillside Inca site of Sacsayhuamán or Cuzco’s cathedral in the Plaza del Armas. Each spacious bathroom will have under-floor heating and Peruvian travertine marble. Amenities include complimentary WIFI, iPad for use during stay pre-loaded with Cuzco city guides, newspapers, movies and restaurant suggestions, a mobile phone with city-wide reception, espresso machine, in-room bar and Bose sound system.

Cuzco is located 11,000 feet above sea level in the Andes mountain range. To combat the symptoms of altitude sickness, which sometimes include sleeplessness and headaches, oxygen delicately scented with healing essential aromas of Andean flowers and herbs will enrich the atmosphere of each suite via the ventilation system, enabling guests to build up a reserve in their bloodstream as they slumber. 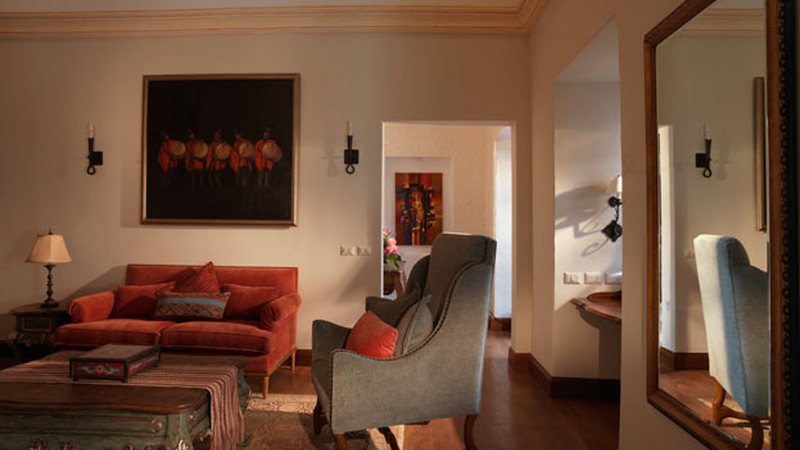 Guests will be able to complement their time spent exploring the Peru’s ancient civilisations and vibrant culture by indulging body and soul at Palacio Nazarenas’ spa.

The spa will have four single treatment rooms and one double with private hot tub, which surround a patio reception area. The spa will offer a range of treatments inspired by Inca and Andean culture, created using indigenous Peruvian ingredients such as pink Andean salt, purple corn, flowers, herbs, honey, avocado, coffee and cocoa leaves. 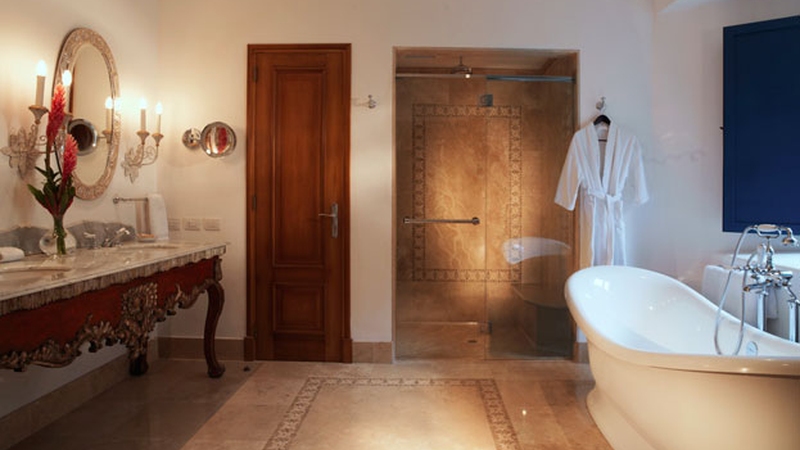 Hidden behind an ancient façade carved with serpents, which signifies knowledge, the heart and social hub of Palacio Nazarenas will be located within the largest of seven cloistered terraces, where a heated infinity edge pool has been created, a first for Cuzco. Alongside the pool will be a restaurant under a conservatory roof, offering a menu of organic Andean cuisine.

Each tranquil terrace and patio will be landscaped with indigenous flora and kitchen herbs, punctuated by fountains and flowing water channels echoing the irrigation channels of the agricultural terraces found in the Sacred Valley and at Machu Picchu.

Senzo, the new restaurant at Palacio Nazarenas, will be a reflection of Cuzco’s contemporary culture and will only serve carefully prepared locally sourced Andean cuisine, a first for the city. 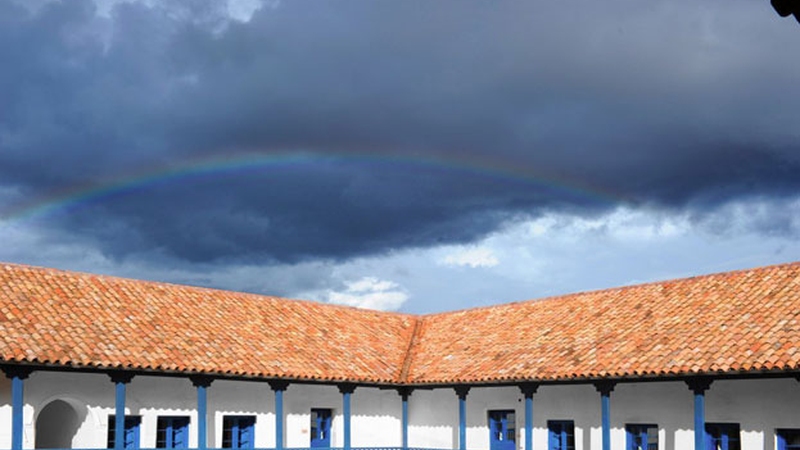 The concept for cuisine will incorporate a strict ethical sourcing policy, whereby all produce used in the kitchens will be bought from farmers and producers located within a small radius around the hotel, with no foreign ingredients being imported.

Huge care has been taken over every stage of the construction process by architect, Enrique Palacio, and his team to ensure that the property’s heritage has been respected. No heavy machinery was permitted on site, so all 9,000m³ of earth was excavated by hand.

While restoring the foundations of the original 18th century palace, often using spoons and brushes so as not to disturb the archaeology of the site, the team uncovered pre-Inca and Inca walls, some of which will become part of some guest rooms and public areas. Other artefacts and objects discovered during the restoration process will be exhibited in the hotel’s library. 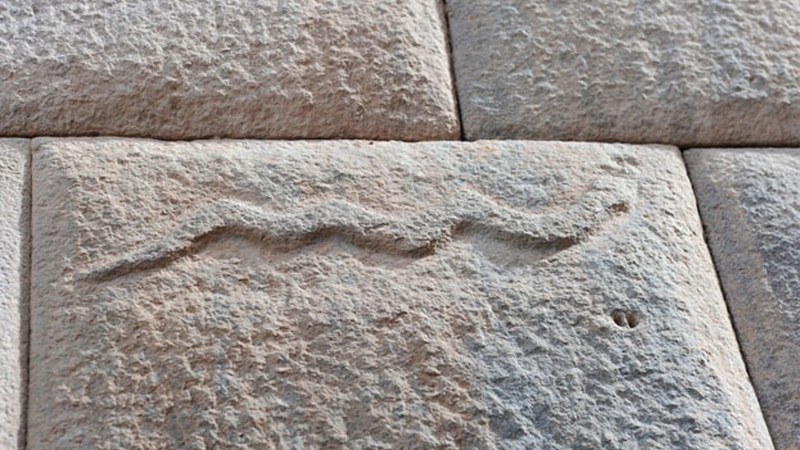 The personality of Palacio Nazarenas has been created by a team of architects and interior designer, Janna Rapaport, to create a fun and vibrant atmosphere charged with light, wellbeing and creativity. Orient-Express has scoured Peru to find its best artisans, such as a collective of female textile weavers in the town of Chinchero in the Sacred Valley, a wood carving specialist who is undertaking a six month project to carve the hotel’s reception desk, and Peru’s best painting restorer to work on frescos uncovered during the renovation work. 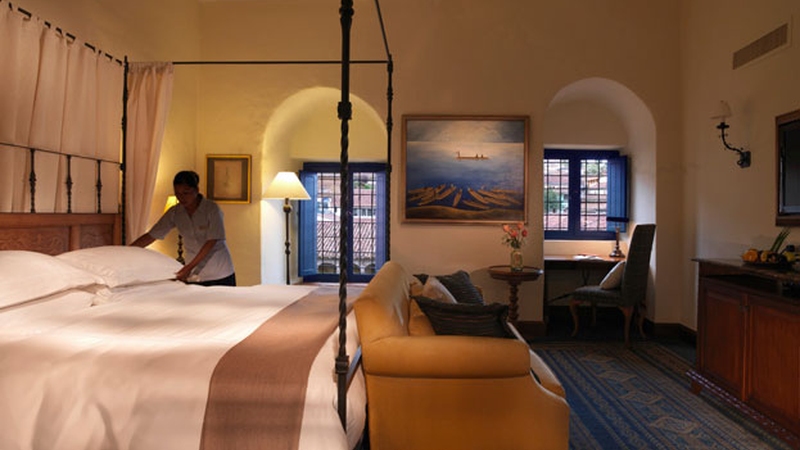 To the left of the heavy wooden doors marking the entrance to Palacio Nazarenas is a large chapel, which will be restored and preserved as a guest lounge. A turntable used by the nuns to sell sweets and stamps has been preserved, as has a smaller chapel dedicated to Señor de Huanca, which is reserved for private worship by local devotees.

Palacio Nazarenas will become the sister property to the much awarded and lauded Hotel Monasterio, a 126 room former 16th century monastery owned and operated by Orient-Express since March 1999. These two siblings reside on Nazarenas Square, just a few minutes by foot from both the Plaza de Armas, where Cuzco’s Cathedral and most important museums are located, and the bohemian San Blas quarter.