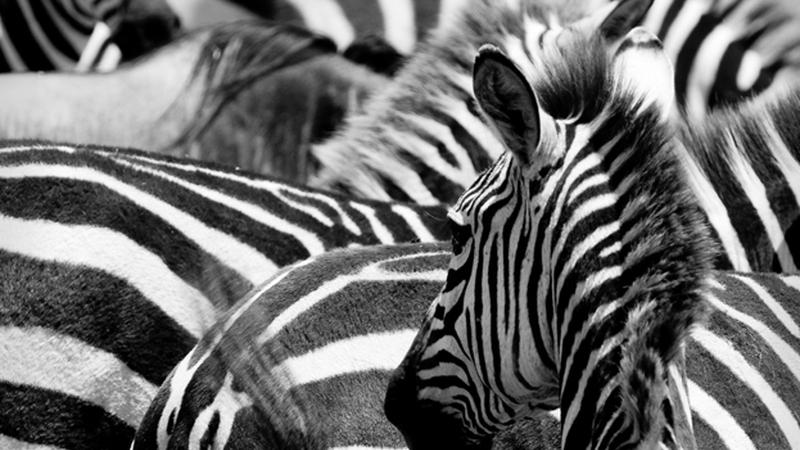 An African safari experience is high on most people’s holiday wish list. Whether it’s witnessing the Great Migration on the vast plains of Tanzania's Serengeti and Kenya’s Masai Marai, or spotting herds of roaming elephant by Mokoro canoe in Botswana’s Okavango Delta and Chobe River, the range of wildlife spotting opportunities and luxury lodges will leave you breathless.

Discover the age-old landscapes of Namibia’s Namib-Naukluft National Park, get up close with gorillas in Rwanda or gaze in awe at Big Five wildlife in South Africa’s Kruger National Park or in a malaria-free Eastern Cape game reserve.

Whatever your African adventure, there’s an exciting safari holiday to suit your needs, whether a first-time safari or more remote wilderness experience for the more seasoned. 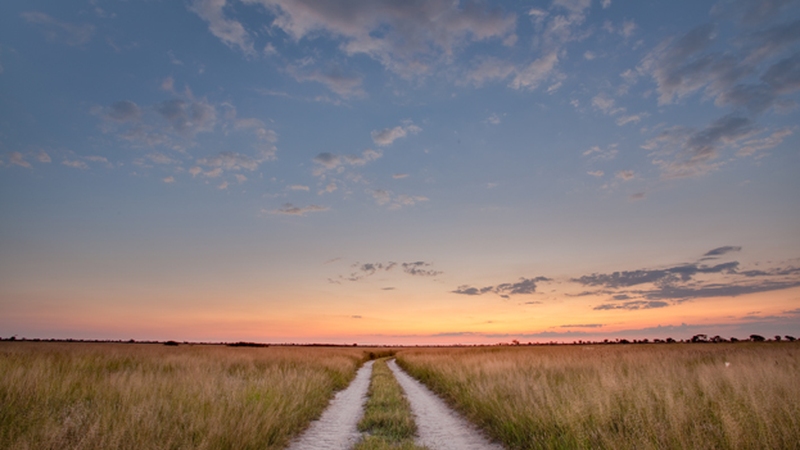 Botswana is regarded the ultimate and most luxurious safari destination in Africa. Botswana’s vast tracts of wilderness are given over to wildlife and dramatic scenery, making it ideal for people on safaris and wildlife holidays looking to experience something particularly memorable.

Botswana’s Okavango Delta is the world’s largest inland delta. From its source in central Africa, the Okavango River widens into an inland estuary before it dissolves into the Kalahari sands. The best way to experience a Botswana safari is to paddle a traditional mokoro canoe through the maze of waterways and islands to get up close to the wildlife that makes its home here.

Elsewhere, the Chobe National Park is home to huge numbers of elephant. A sunset cruise on the Chobe River will get you up close with hippo, crocodile, giraffe and gazelle, while the Moremi Game Reserve is considered one of Africa’s great wild spaces.

During the rainy season the Makgadikgadi Pans are transformed from evaporated saltpans that stretch as far as the eyes can see into a wonderful watery landscape full of birds and wildlife.

But it’s the mighty Kalahari that makes up most of Botswana. Here you’ll find the remaining San Bushmen and their sacred rock paintings daubed on cliffs by their ancestors. 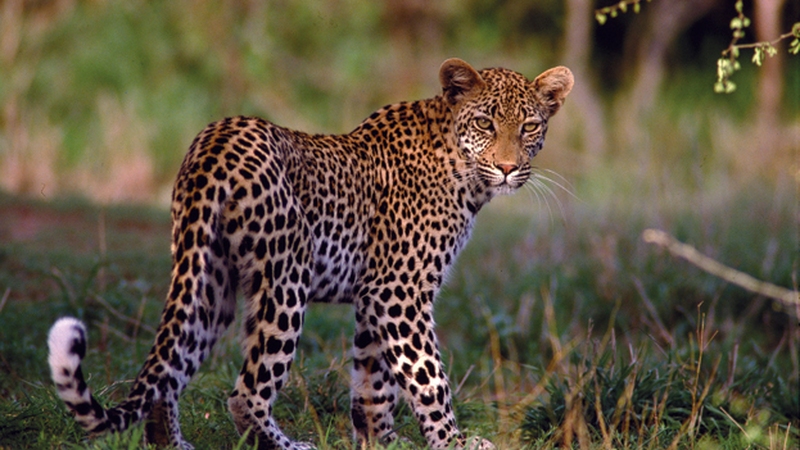 South Africa draws more visitors than anywhere else in sub-Saharan Africa and it’s easy to see why.

South Africa’s Eastern Cape is an area of unbeatable beauty, with a faultless coastline and plenty of untouched bush and sub-tropical forests. The Eastern Cape’s game reserves – such as Kwandwe, Shamwari, and Amakhala – are malaria-free and home to Africa’s Big Five, while the coast is a playground for surfers.

Kruger National Park is one of the largest wildlife sanctuaries in the world and is home to more animals than any other reserve in South Africa. The game reserves of Kruger offer luxury lodges and plenty of free roaming wildlife – especially leopard, Big Five, and huge migrating herds.

Ngala Private Game Reserve was the first private reserve to be integrated in the Kruger National Park and Sabi Sand Game Reserve is the country’s most prestigious. 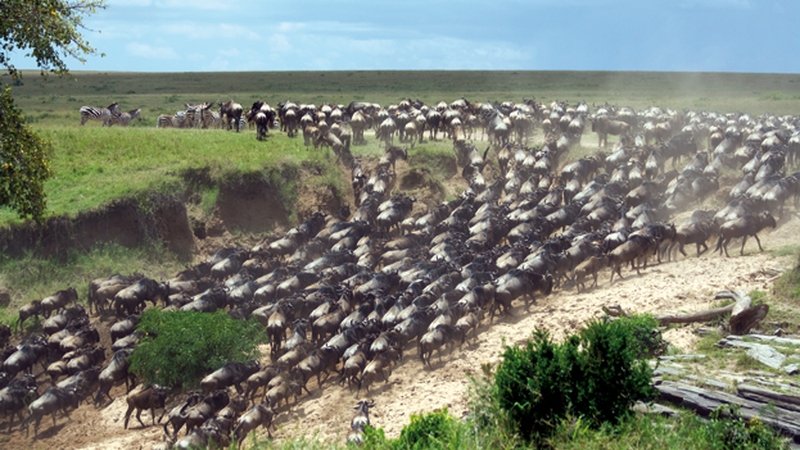 Kenya is the birthplace of safari. The country has many different game reserves and many lavish lodges and camps to make the experience unbeatable.

The Masai Mara is certainly Africa’s most famous reserve, where Big Five sightings are almost assured. The Mara is also the place to witness the biggest migration of wildlife on earth. The annual Great Migration of wildebeest into neighbouring Tanzania’s Serengeti stirs the dust of the plains into a brilliant spectacle. It’s along the banks of the Mara River that the animals rush headlong over the precipice and into the rushing currents filled with waiting crocodiles. Truly a chaotic and moving sight.

Apart from the savannah plains of the Mara – filled with dashing cheetah, lazing big cats and shuffling elephant – there’s a great variety of habitats. The Tsavo is a red dust area of lava formations and herds of elephants, the Aberdares is lush, cool and forested, with monkeys and leopards, while further north Samburu and Meru are more arid, but with plenty of game along the Ewaso Ng’Iro River. 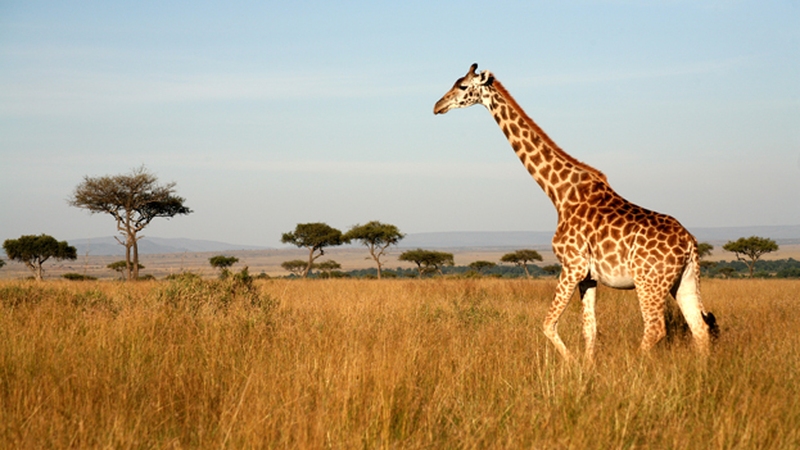 Tanzania is the staging ground of the Great Migration, a phenomenal spectacle of more than two million wildebeest, gazelle and zebra making the journey in search of new pastures, closely watched by big cats, crocodiles and other predators.

Almost a quarter of Tanzania is protected by national parks, with the Serengeti, Selous, Lake Manyara and Tarangire a few of the best known parks, all offering superb wildlife viewing and dreamy African landscapes.

The Serengeti is part of Tanzania’s northern safari circuit, which includes the game-dense Ngorongoro Crater and Lake Manyara. Many of Tanzania’s safari lodges have some of the best viewing spots, generally close to watering holes or migration routes. 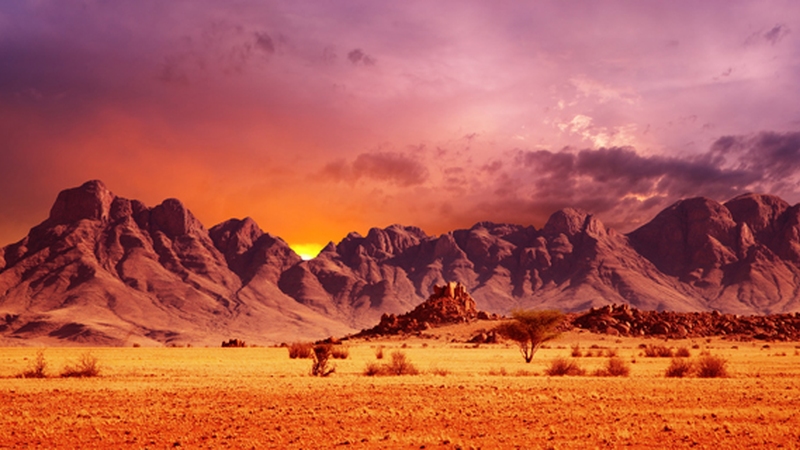 Namibia parks and reserves are epic and unmatched. Namibia also also boasts the last free-roaming populations of black rhino and desert elephant, as well as 25% of the world’s cheetah, making it a exceptional wildlife holiday destination.

The game viewing around the mud flats of Etosha is on par with Africa’s other great reserves and here you can camp by floodlit watering holes for a whole new game viewing experience.

Dominated by the Etosha Pan, this ‘place of emptiness’ is a magical landscape with hundreds of species flourishing inside the largely inaccessible park.

But it’s the superlative landscapes that set Namibia apart from other destinations.

The Namib-Naukluft is the largest nature reserve in Africa, made up of the towering rust-red dunes of Sossusvlei and the Sperrgebiet forbidden diamond zone.

The Skeleton Coast is another highlight. Littered with the crumbling hulls of wrecked ships, it is a window into a time when brave sailors risked all to carve out new trade routes. 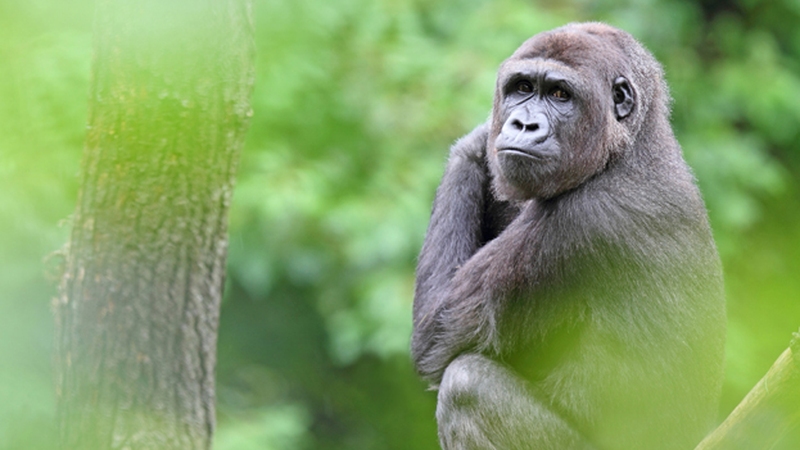 Rwanda supports one of the last remaining sanctuaries of the mountain gorilla and it’s the chance to interact with these rare and captivating primates in their native habitat that brings many to the country.

It’s in the Volcanoes National Park, or Parc National des Volcans, that most gorilla treks take place. The area is part of the rainforest-clad Virunga Mountain range, shared with Democratic Republic of Congo. There are believed to be no more than 700 mountain gorillas left in the world today, with around a third of them living in Rwanda.

In the Nyungwe and Akagera National Parks you can spot Big Five animals and more than 500 bird species, around a third of all birds found in Africa. 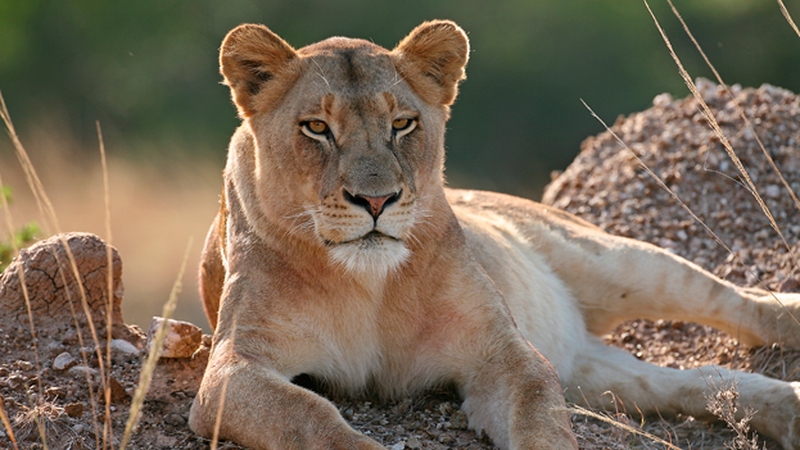 Zambia’s national parks are some of the best in Africa. Yet most visitors to Africa largely ignore them in favour of more famous reserves, making wildlife spotting in Zambia a real pleasure.

South Luangwa National Park is perhaps the most popular park in Zambia, known for its plentiful giraffes, elephants and buffalos. South Luangwa was also the birthplace of the walking safari popularised by conservationist Norman Carr.

Kafue National Park is Zambia’s oldest and largest reserve, one of a number set up by Norman Carr, a founding father of eco-tourism in Africa. Kafue is rich in game and easily accessible, just a few hours by road from both the frontier town of Livingstone and Zambia’s capital, Lusaka.

Mosi-oa-Tunya National Park is even closer to Livingstone, a comparatively small park that protects the Zambian side of Victoria Falls.

What do you think? Where's your favourite African game reserve?