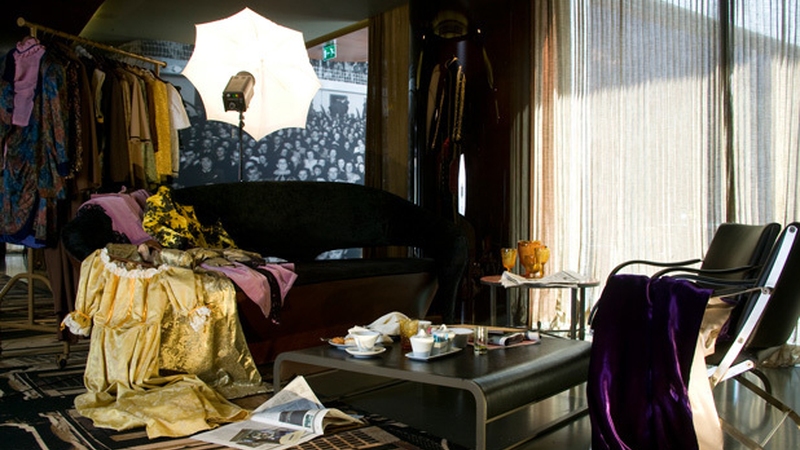 The culture of a location can be reflected in many different ways, and it’s not only the obvious tourist hotspots that provide an interpretation of the local flavour. A deeper exploration reveals the mindset of residents and how the mixture of modern and ancient cultures fuse to make the true spirit of a place. These six hotels are brilliant ambassadors for their neighborhoods, offering a deeper understanding and a true cultural connection. 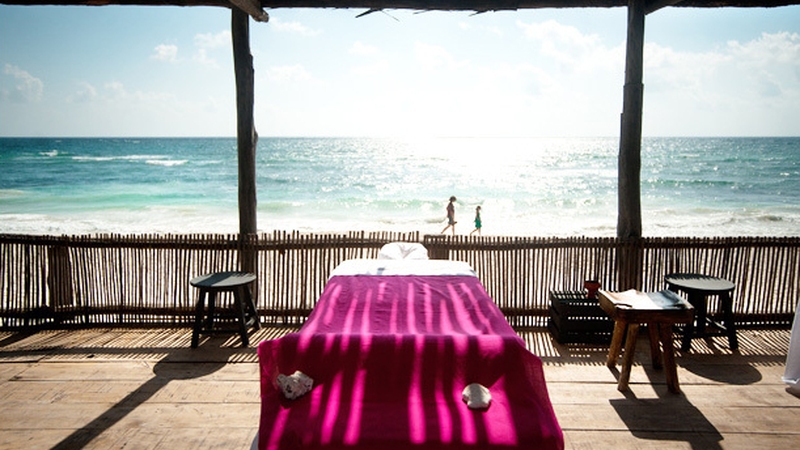 Right from the hammocks outside each of the 80 cabañas at the Papaya Playa Project guests will swing gently into the laid-back rhythm of life in Tulum. Not just a sanctuary for holidaymakers, the resort is also popular with locals who ensure that the legendary beach parties always go off with a bang.

Preservation of Mayan culture and the environment is at the heart of the resort’s raison d'être. To ensure that the annual turtle egg-laying and hatching process has no interference from the resort or its guests, the hotel works closely with local conservationists, dedicated to the wellbeing of the endangered species.

Complementing the holistic nature of the resort, Spa at Papaya Playa offers treatments for the mind and body, delivered by local therapists including the resident shaman, Fabian Rios. Trained as a spiritual healer and in the art of Temazcal – a ceremony carried out in a traditional Mexican sweat lodge used to encourage reflection and introspection – Rios also provides a range of soothing treatments such as aromatherapy and hot stones.

If you want to take the experience into a more spiritual dimension, Rios also performs traditional Mayan ceremonies, including Turtle Re-Birth, a ceremony where clay is massaged onto the body, detoxing, de-stressing and exfoliating. Once covered in clay, individuals relax in a beach-sand hole, emerging hours later in a blissful state of mind, body and spirit. 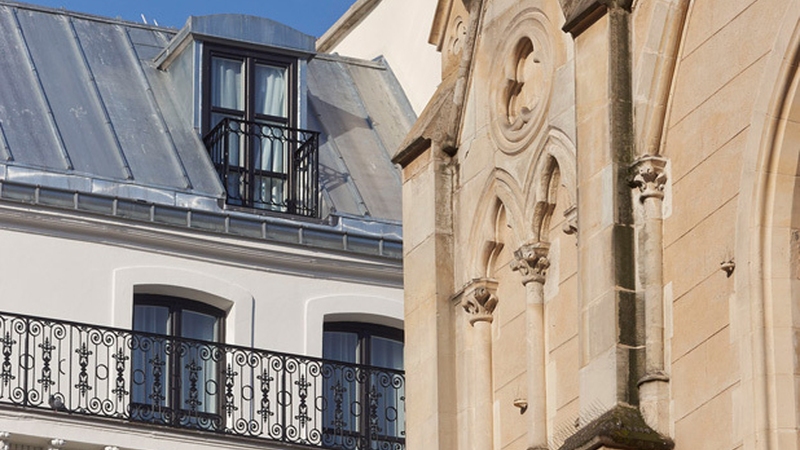 The ninth arrondissement of Paris is one of the smallest districts of the French capital, known as a ‘village within the city’. Despite its petite size, it’s home to an eclectic and charming mix of bars, restaurants, boutiques and since March this year, Hotel de Nell.

The 33-room hotel is situated in a restored 19th century building, with interior design by acclaimed architect Jean Michel Wilmotte. Offering plenty of cultural attractions on its doorstep, you’re invited to discover the charm of the neighbourhood.

Traditional art and craft shops can be found on nearby Rue Cadet alongside pâtisseries serving enticing pastries and cakes. If you’re looking to take home a piece of Parisian chic, Les Grands Boulevards is the place to go.

Home to the world’s first shopping mall, the 18th century glass-ceiling arcades offer a mixture of shops, cafes and bars. After a full day soaking up the atmosphere, how better to end it than by experiencing some local fare. 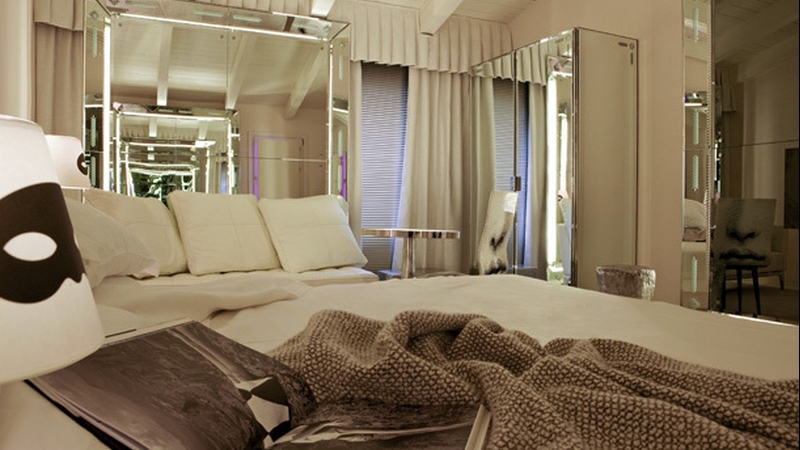 PalazzinaG is a beacon of Venetian culture and curiosity nestled among Venice’s ornate palaces along the Grand canal that offers you the opportunity to see a side of Venice usually reserved for locals.

Inside the 16th century building the 15 rooms and seven suites are characterised by a marriage of contemporary and romantic design, highlighted by unique furnishings, glass works by the French artist Aristide Najean and interior design by Philippe Starck.

Understanding the unique value of the local culture, the hotel offers several experiences that allow you to go on a rich and fulfilling adventure into Venetian life.

For lovers of gastronomy, the hotel offers a culinary journey with Chef Paolo Businaro. The day starts with a tour of the neighborhood food market, where together with Businaro’s guidance and knowledge, you can choose from the local ingredients.

It’s then on to the kitchen, where Businaro presents a cooking demonstration. Serving up a four-course menu including local wines carefully selected by the hotel’s sommelier, you’re invited to get a real taste of what Venice has to offer.

Not forgetting the noble history of the area, the hotel also offers a tour of local Bacaris – typical Venetian taverns – with the countess Enrica Rocca. Known as the cooking countess, Rocca’s tour is an intriguing look into some of Venice’s most well kept secrets. 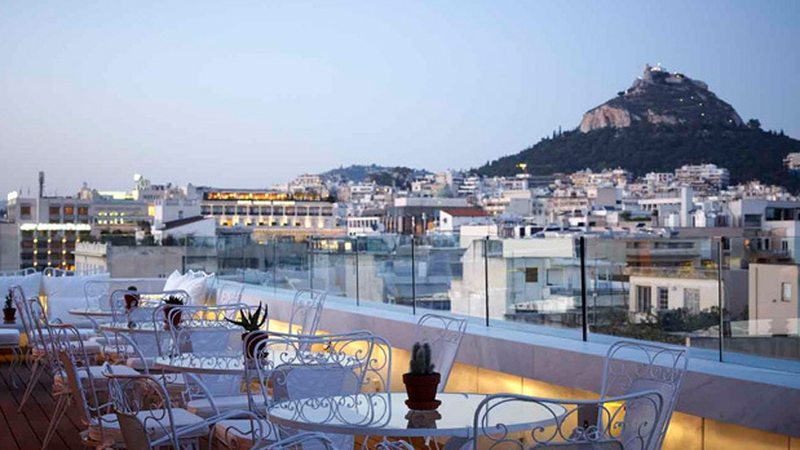 From the beautiful roof terrace, the view from the top of New Hotel in the centre of Athens is one that takes in the ancient and profound architecture and history of the city. You don’t have to leave the hotel to get a closer look at the elements that make up one of the world’s oldest cities. Resurrected from the foundations of the old Olympic Palace Hotel, the property, designed by Brazilian interior design legends Humberto and Fernando Campana, pays homage to Greek art and culture.

New Hotel’s 79 rooms and suites are styled according to three separate design concepts, each based on a different notion of Greek culture. Postcards, amulets and shadow puppets are kept behind acrylic glass plates that float just above the walls, making you feel like you’re linked intrinsically with the art.

Blending more contemporary elements of Greek culture with the historical, the hotel hosts a range of cultural packages tailored to the season. The summer packages include a photography lesson with New School Athens Photography. Under the supervision of professional photographers, you can shoot cultural landmarks across the city and explore Athens’ hidden gems including the Monastiraki flea market and the bustling Plaka neighborhood. A self-designed photo album allows you to enjoy Athens’ riches long after returning home. 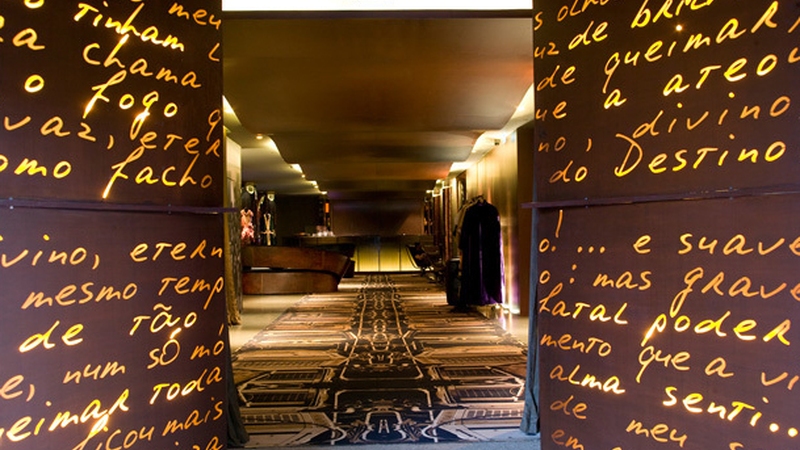 Built on the foundations of the 1859 Teatro Banquet in the city of Porto, Hotel Teatro is a tribute to the city’s heritage in theatre and performance. Each of Hotel Teatro’s 74 rooms and suites are contemporary masterpieces in rich shades of bronze and gold, echoing the splendor of the stage.

More than a century later, with the help of internationally celebrated designer Nini Andrade Silva, the property is once again at the cultural heart of the city.

Suggesting guided tours of some of Porto’s highlights, the hotel has several carefully curated packages, which allow you to delve into Porto’s varied and distinct flavours. Offering a little food for thought, the hotel mixes cooking workshops in the hotel’s Restaurant Palco, well known for its exotic dishes, with a boat tour along the picturesque Douro River.

The hotel also invites you on guided tours of two of the city’s most prominent landmarks: the Casa Musica concert hall, an architectural masterpiece designed by renowned Dutch architect Rem Koolhaus, and the Serralves Museum of Contemporary Art situated in the Boavista District - a priceless heritage estate, designed by Portuguese architect Alvaro Siza Vieira. The cultural landmark comprises an exhibition space, 18 hectares of stunning landscaped gardens and the Serralves Villa, a unique Art Deco building which plays host to temporary exhibits. Both destinations highlight the vibrant artistic and vivid dramatic face of the city. 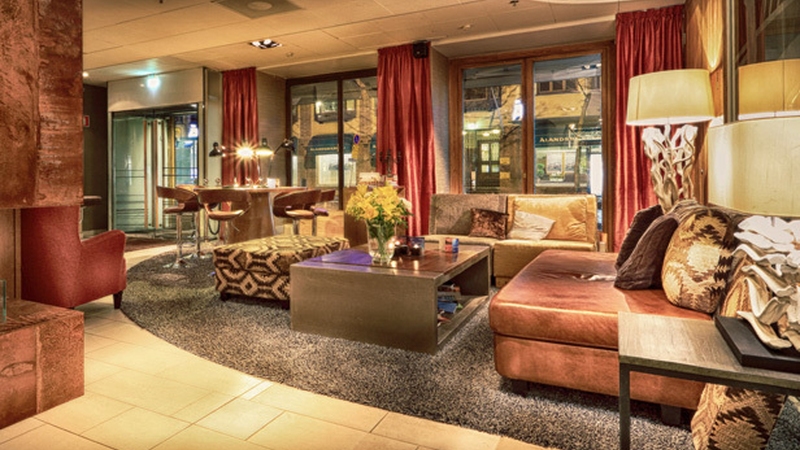 A tale of folklore and mythology, the 19th century Finnish poem Kalevala weaves its epic story through the makeup of Klaus K, a family-run hotel in the heart of Helsinki.

With the help of Swedish interior designers Stylt Trampoli, you will experience themes such as mysticism and desire reflected in rich colour palettes and plush interiors.

All 139 rooms in the hotel have been interpreted by local designers and ooze Nordic charm and charisma, telling the story of the country’s deep and spirited culture. The hotel acts as a window into the mindset and heart of Finland through its expression of the country’s national identity.

If you who want to be spirited away into the vast forests that shape the Finnish landscape, you can retire to the urban nature room, a creation of award-winning designer Harri Koskinen. Through the use of natural materials, textures and colours, it offers an oasis of tranquility.

The hotel’s restaurant also represents elements of the country's diverse culture. Toscanini serves delicious flavours from Tuscany and is inspired by the Finnish painter Akseli Gallen-Kallela, who spent time in Florence while studying the technique to paint frescoes.

After a day of being immersed in folklore and mythology, guests can retire to the LIVINGROOM in the heart of the hotel. It’s a unique space that combines the warmth of a noble library with a mixture of modern comforts. Not only a place for you to unwind, the hotel also welcomes locals to enjoy the space and soak up the ambiance.