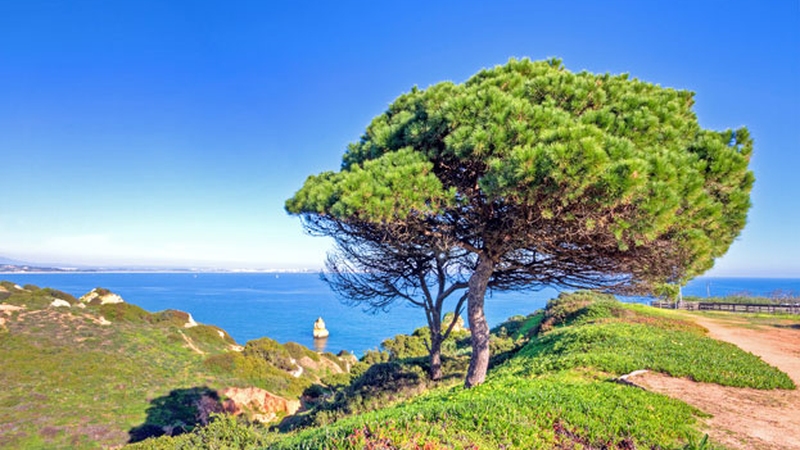 There are few feelings to match birdying a hole on a beautiful sunny day on a challenging Algarve golf course. Famed for its stunning courses and scenery, this Portuguese destination is a golfer’s paradise. Imagine teeing off for a round to the soundtrack of Atlantic rollers breaking just metres away and later retiring to a five-star hotel for the evening; it makes playing golf in this area an unbeatable experience.

The quality of golf courses on the Algarve is hard to match, they are widely considered to be the finest in Europe. The region enjoys a warm, but comfortable climate, with around 300 days of sunshine every year. The Atlantic climate ensures the heat doesn’t become excessive, making it ideal for golf.

Considering the area is now firmly established as one of the world’s leading golfing destinations, it has a surprisingly recent affinity with the sport. The Algarve first became popular with British tourists as recently as the 1960s, when three-time winner of the British Open, Sir Henry Cotton, planted the golfing seed that turned this part of the country into a magnet for golfers the world over. He laid out the legendary Penina course in 1966, which was the Algarve’s first Championship course. It has since been renamed the Sir Henry Cotton Championship 18-Hole in his honour and has hosted the Portuguese Open ten times. It is one of three courses within the beautiful 360 acre site of Le Méridien Penina Golf and Resort, which is one of the best hotels in Algarve and is well worth a visit.

The Penina course was soon followed by many others and the 100 miles of coast is now littered with enticing fairways, challenging courses and 35 dedicated resorts, none of which are more than 15km from the sea. Follow in the footsteps of the Penina was the 6,254m Oceanico Old Course. Designed and built in 1969, it’s a personal favourite of many Algarve veterans and is located just 20 minutes from the airport at Faro. Despite undergoing a major upgrade 1996, it remains faithful to the original and players will quickly need to become adept at avoiding the pretty pine trees that are a major feature of this rolling course. For sheer luxury, it’s tough to beat the Monte Rei Golf and Country Club. The resort offers luxurious villa accommodation, which sits close to two magnificently designed Jack Nicklaus signature courses. They feature carefully thought out bunker placement and are designed to be sensitive to the area’s natural landscaping.

It’s difficult to find a course that doesn’t take the breath away in the Algarve, but Vale de Lobo Royal is on another level. The 16th hole is particularly special; bordered by sheer drops of deep red cliff, which fall away dramatically to a pristine beach, this par three requires a tee shot that will carry over 190m of sheer drop to the green. Don’t worry, however, there is an easier option that avoids the gulf; it entails hitting the ball to the right. The resort has recently been voted the ‘Best Golf Resort in Portugal’ by ‘Today’s Golfer’ magazine and is undoubtedly one of the jewels of the Algarve.