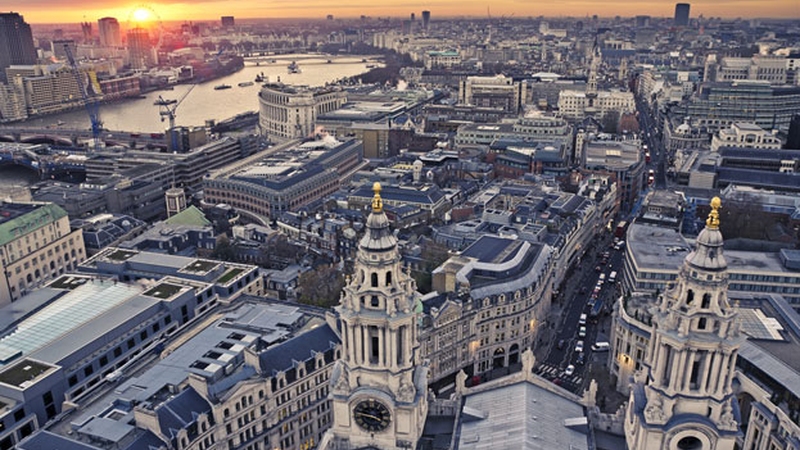 London’s boutique hotels are among the best in the world, with a style and class all of their own, and with all eyes on the capital for this year’s Olympic Games, there’s never been a better time to discover the best of Britain. Here we showcase the top 10 London design hotels.

Designed by former Bond girl Anouska Hempel, who is known globally for her striking interiors, this little gem of a couture hotel is all grandeur and exoticism, a tempting fusion of east meets west behind a black Victorian facade. Polished mirrors throw rich walnut tones around the lobby in a display of decadence and drama. Blake’s has recently undergone a multi-million pound refurbishment and each of the 47 rooms takes its cue from a different far-off land. At Blake’s privacy and sumptuousness are assured.

What’s the edge: The critically acclaimed basement restaurant is a magnet for some of the world’s most famous actors and designers. 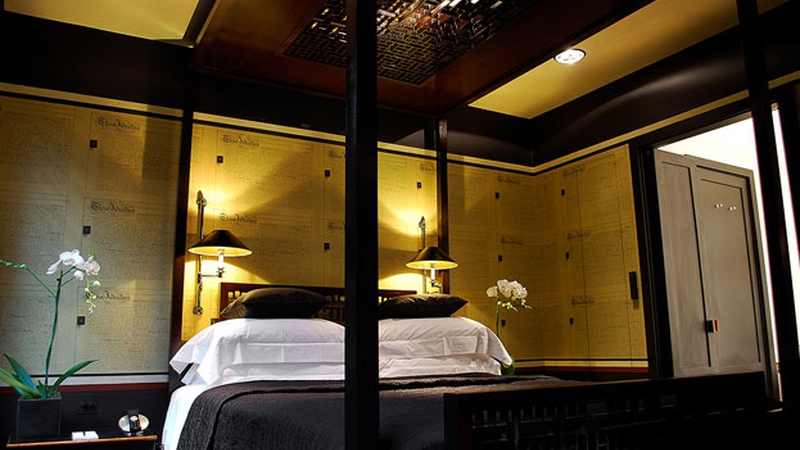 In the heart of London’s media neighbourhood north of Soho, an area brimming with bars, restaurants and scenes of vibrant urban life, the Charlotte Street Hotel plays a vital role in the buzz – providing the perfect set piece for relaxation. This is another of Kit Kemp’s ‘modern English’ properties, with wood-panelled rooms with French fireplaces and high windows that let light flood in. Individually decorated rooms feature sumptuously patterned fabrics and bespoke wallpaper print inspired by an 18th century Hogarth Press woodcut. 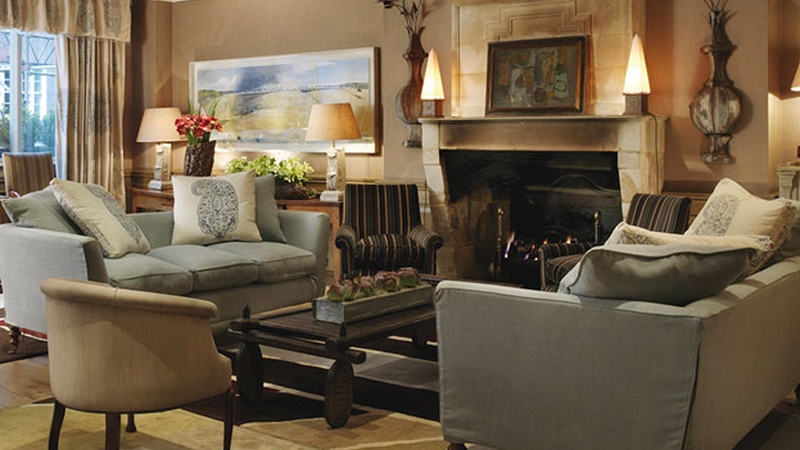 Boundary in East London’s Shoreditch is certainly a hotel for lovers of art and design. Located among the area’s plentiful galleries and studios, Boundary acts as a hub for the community and is a celebration of fine art and taste for the urbane traveller. Each of the 17 stylish rooms is inspired by a celebrated designer or design movement, from Bauhaus to Le Corbusier, while the five duplex suites range from modern Dickensian to Chinoserie, boasting private outdoor balconies with impressive city views. 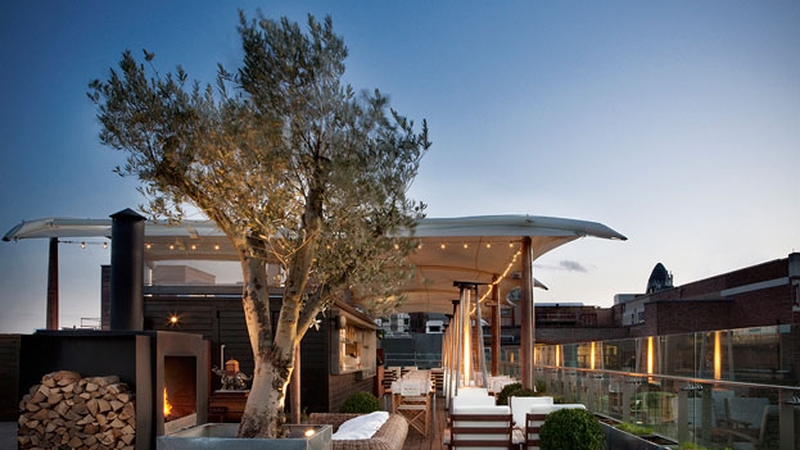 This luxury boutique design hotel is one of the most cutting edge in the capital and must be seen to be believed. As one of the most high tech hotels in the city, expect an adults-only, ultra-modern hideaway set in an historic and remarkable Georgian townhouse, all overlooking an award-winning private garden. Located on a leafy street garden square bordering Belgravia, this London design hotel is just steps from Buckingham Palace and is the perfect place to relax and recharge.

What’s the edge: ‘As cool as a cold, crisp pillow and a G&T with plenty of ice’, this is certainly one for tech modernists with a touch of classic class. 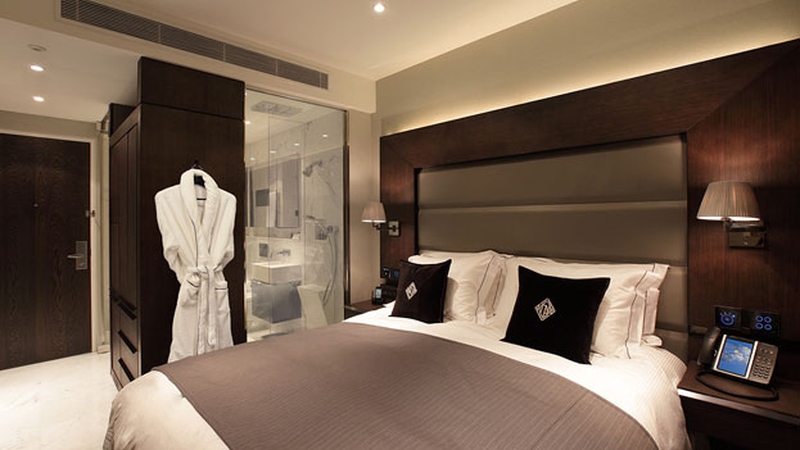 Haymarket Hotel fuses bold modern minimalism and solid contemporary design elements with a classic regency setting in an ultra-central location in the heart of London’s theatre district. The Haymarket was extensively remodelled by Tim and Kit Kemp and now comprises 50 rooms and one exclusive luxury townhouse property. All feature granite and oak bathrooms and the best in luxury finish. The Haymarket’s façade was designed by legendary master architect John Nash, who developed most of Regency London, including Buckingham Palace and nearby Trafalgar Square, and features a striking row of columns running the length of Suffolk Place. Interiors are ‘modern English’, with clean, airy spaces and spectacular lighting schemes, highlighted by handpicked antiques, rich textures and bold colours.

What’s the edge: The private townhouse offers luxury living on a large scale with direct access to the hotel’s services and facilities. 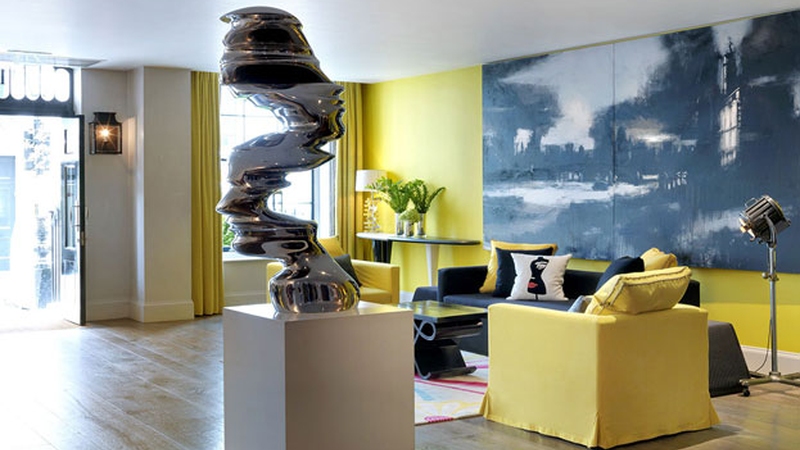 The Knightsbridge Hotel boasts a classic British aesthetic, each room filled with a modern English style of clean neutrals and bold colours, all just steps from Harrods and Harvey Nichols. The drawing room, lobby and library of this London design hotel are adorned with original artworks by significant British artists and art lovers will go wild for the Carol Sinclair sculptures that rise from the floor. But the art doesn’t overshadow designer Kit Kemp’s signature mix of patterns, fabrics and furniture styles, all set off with African touches and a jazzy contrast of stripes, florals and geometric shapes.

What’s the edge: The relaxing drawing room and library with a fully stocked honesty bar. 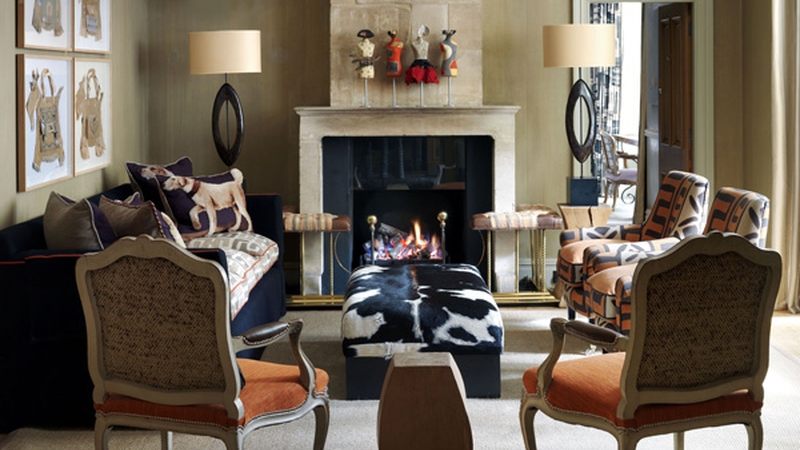 The private and distinctive Pelham is a blend of country cottage and smart townhouse located in South Kensington, between Chelsea and Hyde Park. The property draws inspiration from the surrounding museums, antique shops and art dealers, revealing the rich and vibrant atmosphere of the area. Beyond the porticoed façade is a blend of freshness and modernity, with richly decorated rooms of fine detail, large original oil paintings and carefully chosen antique furnishings. The wood-panelled mahogany library is the place for a relaxing cognac and, like the eclectic drawing room, features a period fireplace.

What’s the edge: The daring use of distinct and bold fabrics, some even covering the walls, creates a surprising elegance. 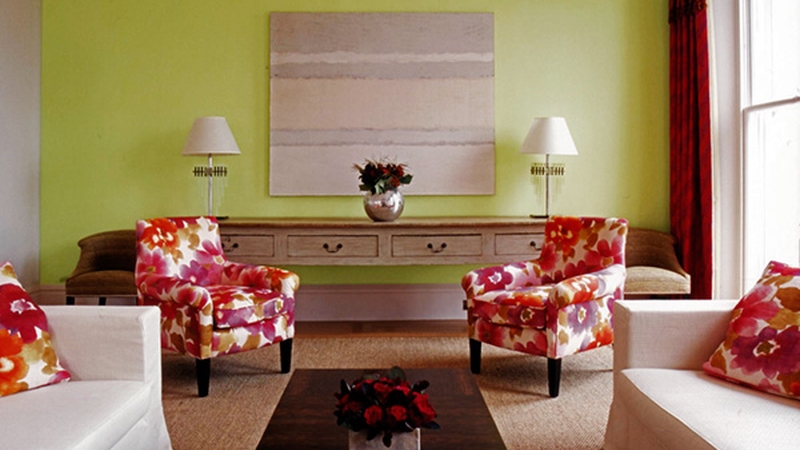 What’s the edge: As a homage to Soho’s artistry and bohemia, the Sanctum integrates art and individuality into its design. 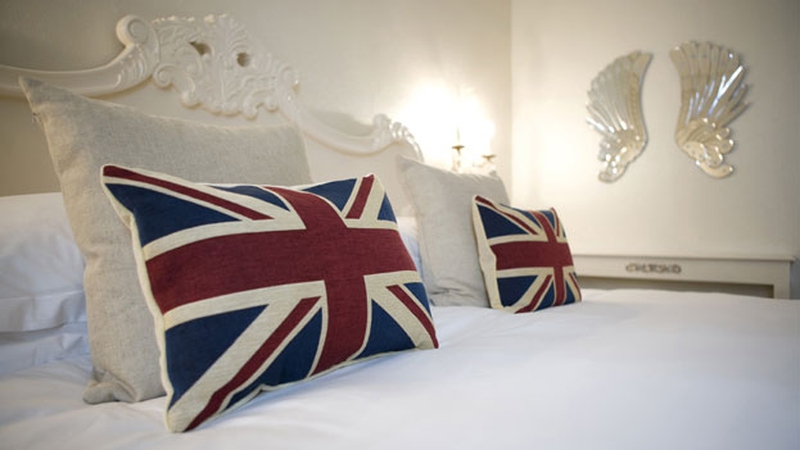 The Soho Hotel is the first ‘deluxe’ hotel in the Soho district of central London, with 85 guestrooms and suites and eight private apartments. Modern English interiors feature solid granite and oak and British artwork plays a vital role in the interiors. The hotel exterior gives a nod to its original red brick exterior, yet inside its eclectic and contemporary, with some rooms featuring floor-to-ceiling warehouse-style windows.

What’s the edge: The best afternoon tea in town. 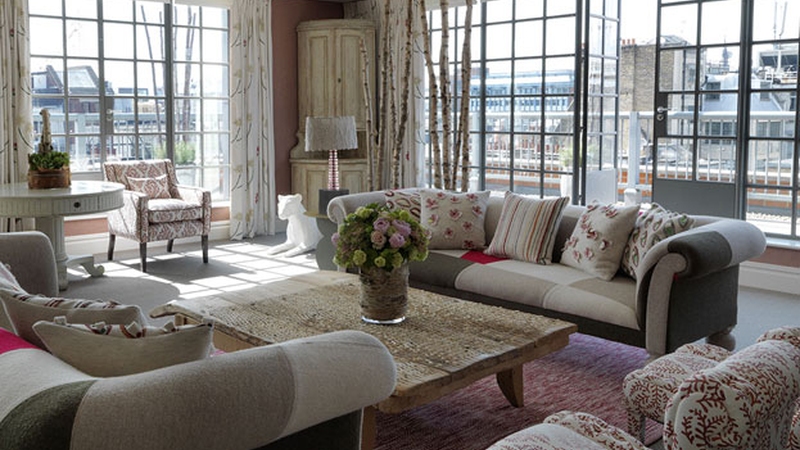 The former Bethnal Green Town Hall has been beautifully restored, incorporating contemporary interiors into the elegant period building in east London. The art deco entrance halls sweeping marble staircase and glass domed ceiling certainly make a statement, while 98 guestrooms and apartments are individually furnished in clean, contemporary style with the most advanced technology. Add to that Michelin-starred dining, a gorgeous cocktail bar and full-length swimming pool and you have just the ticket.

What’s the edge: Loh Lik Peng’s first project outside of Asia is a standout addition to the London hotel scene, offering modern luxury in a landmark building. 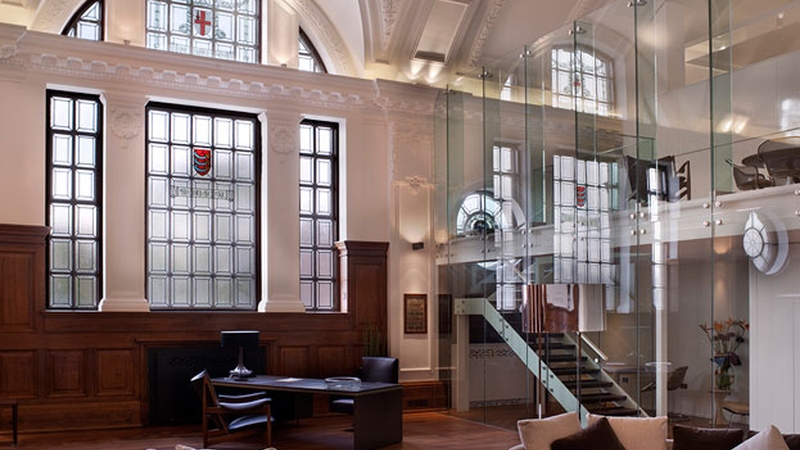